A+ A-
Print Email
The dominant group tolerates or encourages racial advances of another racial group if they (dominant) believe their own self-interests will be served – Derrick Bell, University professor, author (Critical race theory)

TWO young black men carjack a white woman's expensive SUV; a white, working-class police officer gropes a rich black woman while her husband, a black Hollywood executive, looks on in impotent rage; a Latino police detective and a Korean woman hurl racial insults at each other after a minor traffic accident; an Iranian shopkeeper sets off to kill a Latino locksmith who he assumes has cheated him. These are just some of the scenes in "Crash", which won three Oscars—for best picture, best original screenplay and best editing—with its vivid, often amusing, portrayal of the racial tensions of Los Angeles. 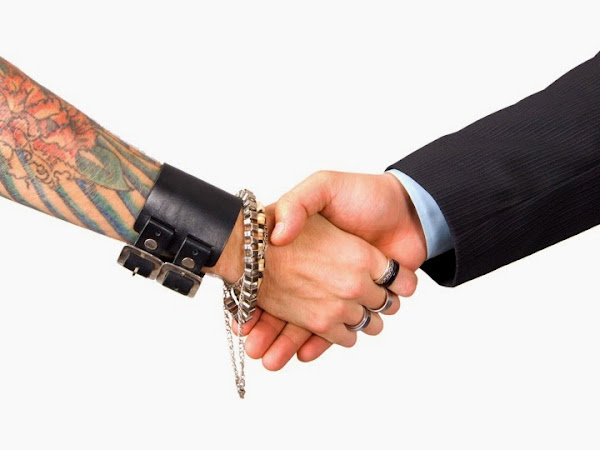 "Crash" is set in Los Angeles, a city rich in diversity.

Do you think that an area with such diversity would be more open-minded or closed-minded about differences? Why?

The presentation should critically examine the topic and tackle the question directly.

"critically examine" means to analyze both sides of an issue and provide support for each side and then add in your analysis or your opinion.

There is a vastly increased and broad-ranging interest in "identity" in modern times, but the concept itself remains still something of an enigma. What is really "identity"?

Sergeant Jack Ryan (Matt Dillon) :: "You think you know who you are? You have no idea.


If in need of a definition, one looks first to dictionaries. Here we have the most relevant entry for "identity" in the Oxford English Dictionary, OED (2nd edition, 1989):

1. 'Identity' "The sameness of a person or thing at all times or in all circumstances; the condition or fact that a person or thing is itself and not something else; individuality, personality." (Simpson & Weiner, 1989, p. 620)

2. Identity is "people's concepts of who they are, of what sort of people they are, and how they relate to others" (Hogg and Abrams 1988, 2).

It is quite difficult to give a short and adequate summary statement that captures the range of identity's present meanings.

The definition that we find in dictionaries looks simple, but dictionary definitions have not caught up in the last decades together with multi-cultural societies. Dictionaries have failed to capture the word's current meanings in everyday contexts. Phillip Gleason (1983) observed 15 years ago that the meaning of "identity" as we currently use it is not well captured by dictionary definitions, which reflect older senses of the word.


We can link "identity" in two levels: "social" ["WE" identity] and "personal" ["ME" identity] In the social level, an "identity" refers just to a social category, a group of people designated by labels that is commonly used either by the people designated, by others, or used by both. This is the social identity we refer to when we say "American," "Norwegian," "Muslim," "Jewish," "Latino,", "Mexican," "mother," "homosexual," "professor," or "citizen".

In the personal level, we can define "identity" as a set of:

that a person thinks distinguish her in socially relevant ways and that (a) the person takes a special pride in ("I am proud to be Guatemalan"); (b) the person feels she could not change even if she wanted to ("I will die being an atheist"). We talk about the personal level when we make a statement such as "I could never do that because it would be inconsistent with, or would violate, my identity," meaning "it would violate the way I am."

The term "identity" has become indirect substitute for "dignity," "honor," and "pride."

So, when we judge a person or a small group of people, we label them, we judge them based on their social identity (social level), and when the person we are dealing with feels that our statments do not fit with their personal characteristics, then an individual (or individuals) may try to defend their pride, their honor. They will try to defend their personal identity.

At a first glimpse we would think that people would be more open-minded in an area like Los Angeles, a multi-cultural society or rich in diversity. We would think that people living in Los Angeles would have more exposure to the cultural diversities and thus more apt to adjust to them, but I would argue that ironically they are more closed-minded because of that very diversity. When different ethnic groups live together in a rather large geographical area there is always a lack of interaction between those ethnic groups.

A large city like Los Angeles would be more closed-minded because when there are different ethnic groups in an area or society, people become more insecure about their own identity, and thus try to protect themselves.


Fear is what drives us to have prejudice against other people. Fear of the unfamiliar. It is what we could call 'a self-protection tool' or boundaries. People, both local and newcomers, often feel confused, threatened or even annoyed by individuals with views and backgrounds very different from their own. Therefore they would try to be part of their ethnic group identity in order to protect themselves. They would set up boundaries.

Social psychology research has demonstrated that people have boundaries protecting their personal space. Groups often use language, dress, and ritual to create boundaries. People need these barriers to protect against threat (Park , 1924; Perucci, 1963).

Prejudice we have experienced at some point in our lives go in all directions, all skin colors, all ethnic groups; not only whites against blacks or blacks against Latinos or against Asians.

But are these prejudices in Los Angeles of racist nature? Are things as bad in Los Angels as the film Crash makes them out to be? Is racial conflict in USA's second-largest city rally so raw? Or are blacks, Latinos, Asians, afflicted with racial paranoia?

There are scholars that claim that the anger people have against other is not of "racistic natur", but out of "economic reasons".

We think that new ways of living can be against our morals or can threaten our life-style.


The film Crash is about race relations in Los Angeles, California. The film Crash directed by Paul Higgis in 2004 shows different characters of different racial backgrounds.

The car-crashes in the film Crash are used as metaphors of what disturbs us when we try to interact between different ethnic groups in our society.

The film Crash is about race-crashes. The different characters in the film do not want to lose their identity, and in order to defend their own identity of been stolen have created shields. They use labels or stereotypes as shields. They label others in order to not become identified with that group of people.

That way of thinking -stereotypes- affect their actions, and does not help them to accept a new member among them or stop newcomers to become a new integrated member in that area, or society.

The different stereotypes society has created for those backgrounds that the film Crash shows affect their judgement, beliefs and actions. This in turn causes problems for each of them.

Hutchinson notes that "many blacks take it as an article of faith that most whites are hopelessly racist."

Hutchinson writes that "a comprehensive Harvard University opinion poll in 2002 found that the racial attitudes of many whites about blacks are tightly enshrouded in stereotypes."

Whites: A mix of economic slippage, political cynicism and personal alienation and not blind racial hatred drives much of white anger toward blacks.

Blacks: An equal mix of personal alienation, false perceptions, and distrust drives much of black anger toward whites. (Internet, visited on 15th Sept., 2014)

One can conclude then that the preconceived opinion whites sometimes have against blacks is not motivated by racism, but anger. Not racism from whites against blacks, but rather anger toward each other.

Thus, the obvious correlation is with economic status.

Hutchinson writes that "a comprehensive Harvard University opinion poll in 2002 found that the racial attitudes of many whites about blacks are tightly enshrouded in stereotypes."

According to Hutchinson, some white working class males "repeat the crime-drug-violence-poverty stereotypes about blacks."

Hutchinson claims on the other hand that "many blacks erroneously assume that whites (...) are immune from personal and social angst."

Hutchinson concludes that many blacks attribute every negative thing white say about them as racist because they miss to see that the anger that drives whites is because of "a mix of economic slippage, political cynicism and personal alienation, and not blind racial hatred."


In a large city like Los Angeles, may not exist overt racism copiously in our modern times anymore, meaning, public statements about the "inferiority" of some racial or ethnic groups, but it could manifest itself as polite racism: an attempt to disguise racism through behaviour that outwardly is non-prejudicial, or subliminal racism: an unconscious criticism of another race or ethnicity.

An area with such diversity like Los Angeles would be more closed-minded about differences because of the different ethnic groups and their fear to lose their own identity. Society is in a continuous power struggle with competing groups (class, race, ethnicity, gender). In a large society with different ethnic groups there will always be social distance. Not all people are willing to interact and establish relationships with other racial and ethnic groups. There will always be overgeneralizations about appearance, behaviour, and other characteristics.

It's the sense of touch. In any real city, you walk, you know? You brush past people, people bump into you. In L.A., nobody touches you. We're always behind this metal and glass. I think we miss that touch so much, that we crash into each other, just so we can feel something. --by Graham (Don Cheadle)

Park, R. E. (1924). The concept of social distance as applied to the study of racial attitudes and racial relations. Journal of Applied Sociology, 8, 339-344.