History — «A People's History of the United States» — (PDF, Videos) 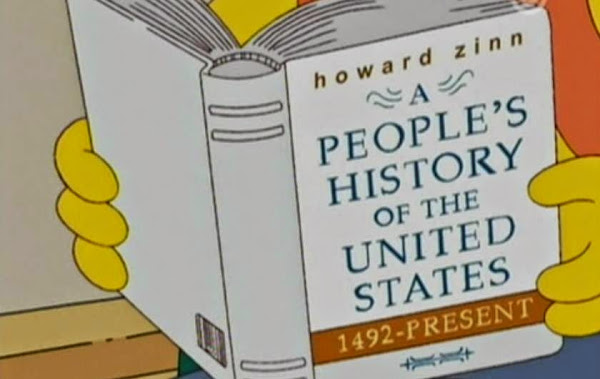 
— [http://goo.gl/lAzzDo] Columbus , The Indians, and Human Progress, Drawing the Color Line, Persons of Mean and Vile Condition, Tyranny is Tyranny, A Kind of Revolution, The Intimately Oppressed, As Long as Grass Grows or Water Runs, We Take Nothing by Conquest, Thank God, Slavery without Submission, Emancipation without Freedom, The Other Civil-War, Robber Barons and Rebels, The Empire and the People, The Socialist Challenge, War is the Health of the State, Self-Help in Hard Times, A People’s War?, “Or Does it Explode?”, The Impossible Victory: Vietnam, Surprises, The Seventies : Under Control?, Carter, Reagan, Bush; The Bipartisan Consensus, The Unreported Resistance, The Clinton Presidency and the Crisis of Democracy, The Coming Revolt of the Guards

“Nationalism is a set of beliefs taught to each generation in which the Motherland or the Fatherland is an object of veneration and becomes a burning cause for which one becomes willing to kill the children of other Motherlands or Fatherlands” Howard Zinn (1922 – 2010).

“It’s a wonderful, splendid book—a book that should be read by every American, student or otherwise, who wants to understand his country, its true history, and its hope for the future.” —Howard Fast, author of Spartacus and The Immigrants.