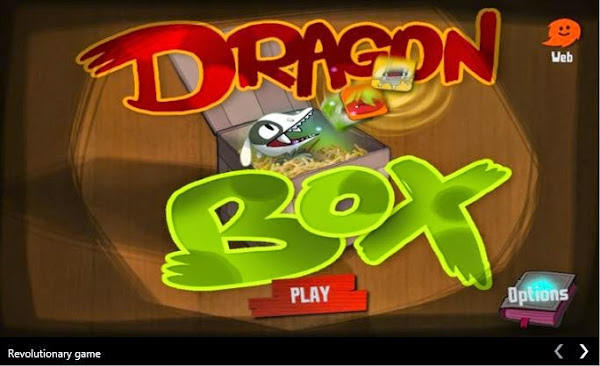 DragonBox Algebra 12+ is a must-have tool for students so they can earn better grades and gain confidence in algebra and mathematics. It is based on the award winning game DragonBox Algebra 5+ but covers more advanced topics in mathematics and algebra:

DragonBox Algebra 12+ gives players a greater understanding of what mathematics is all about: objects and the relationships between objects.

This educational game targets children from the ages of 12 to 17 but children (or adults) of all ages can enjoy it. Playing doesn’t require supervision, although parents can enjoy playing along with their children and maybe even freshen up their own math skills.

DragonBox Algebra 12+ introduces all these elements in a playful and colorful world appealing to all ages.

The player learns at his/her own pace by experimenting with rules that are introduced gradually. Progress is illustrated with the birth and growth of a dragon for each new chapter.

Jean-Baptiste Huynh is as responsible as anyone for the recent surge in interest, here and abroad, in high-quality, imaginative math games for children.


For a while, before several equally offbeat competitors began appearing in the App Store, DragonBox was the go-to app that smart parents with iPads were recommending to their friends. Huynh started out as a stock portfolio manager, but then he and his wife, a child psychiatrist, began having kids. “I guess I got this crisis that any people working in finance hit at some point,” he said. “You want really to use your energy on something really useful. So I decided that I would do something for children.” He took a job teaching high school math and economics in Spain.

Huynh remembers spending 28 hours one time preparing for a two-hour lesson. The results showed that his students afterward were performing only “marginally better.” He decided he needed something interactive that would give students control of the experience. “My own children, I want them to learn as fast as possible,” he said.

He began to investigate games, but at a kind of arms-length distance. “I’m not a fanatic, you know, ‘Games, gamers, game- based learning.’ I hate this..” All he really cared about, he said, was putting the child at the center of the learning process. “It’s about experiences and not games.”

Huynh basically had to get his wife’s permission to develop the app. “I’m married to a child psychiatrist,” he said. “No screens at home! No TV. No Nintendo, PlayStation, name it—nothing. No- thing. When I say to my wife, ‘Well, I think I’m going to design some games because that’s the best way to teach,’ she says, ‘No!’ I have to argue. I say, ‘You know I’m doing that because that’s the best way—you have the prison which is school. Please, let me do that!’ She says, ‘Well, OK, show me what you have.’”

Huynh made her a promise: Whatever he created, he told her, it would get the job done quickly, with a minimum of screen time. When the game finally appeared, many users said the same thing, both in praise and complaint: DragonBox was strange, lovely, and engaging. It got their kids thinking algebraically in six minutes, five minutes, four minutes! And it was over way too fast. Shortly after the game appeared, Huynh met University of Washington researcher Zoran Popovic´, director of the university’s Center for Game Science. Popovic´ adapted the game to offer more help to students who needed it while allowing those who understood a concept to move on. In an early trial, 93 percent of students mastered the basic ideas after only 90 minutes of play. In June 2013, he and Huynh persuaded more than 4,000 students in Washington State to spend a five-day work week solving algebra problems. The students continued after Friday rolled around, spending the equivalent of more than seven months doing math. In the end, they solved nearly 391,000 problems. In January 2014, in Norway, students solved nearly 8 million equations. Nearly 40 percent of the work, Popovic´’s team found, was done at home. “To us this is very exciting because it shows the engagement way beyond the brick-and-mortar school day,” he said.

SHARE: FACEBOOK | TWITTER
The only way to change school: Jean-Baptiste Huynh at TEDxBergen :: Jean-Baptiste Huynh is founder and CEO of WeWantToKnow, creator of the award winning educational algebra game DragonBox. WeWantToKnow maintains the audacious goal of delivering K-12 mathematics knowledge to any child in 30 hours of gameplay. Huynh holds a M.Sc. in IT and mathematics and is a certified financial analyst. Before founding WeWantToKnow, Hyunh spent 10 years as a stock portfolio manager (where he promoted corporate responsibility and socially responsible investment), then became a certified math and economics teacher 5 years in Norway. With WeWantToKnow, Huynh combines his passion for entrepreneurship, applied mathematics and social impact.