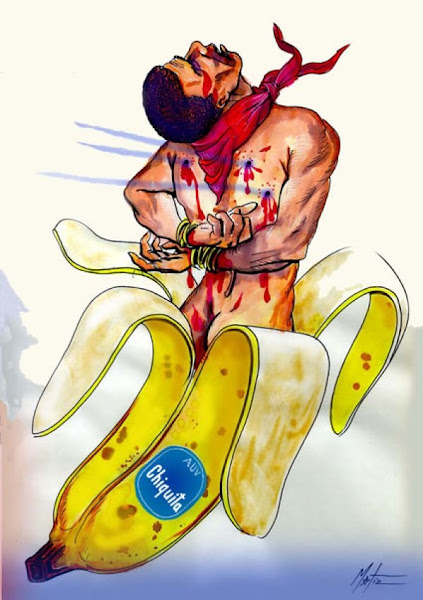 As dawn broke over Guatemala City, a C-47 transport plane lumbered low in the sky, flying from the south over nearby mountains. It was still early on the morning of June 18, 1954. The sun's rays were weak in the east. The weather was cool and hazy.

BITTER FRUIT is an astounding story of CIA adventurism. It tells the story of Operation Success, in which the CIA, the U.S. State Department and the Executive Branch conspired on behalf of the United Fruit Company to overthrow the government of Guatemala.

BITTER FRUIT is essential reading for anyone who wants to understand why Central America is in flames today. It considers important questions of U.S. intervention, the role of multi-national corporations and the mandate of the CIA. It is also a fast-paced adventure with as much action and intrigue as any spy novel.

"BITTER FRUIT. The Untold Story of the American Coup in Guatemala," by Stephen Schlesinger, 1982. PDF ::

A Political History of United Fruit in Guatemala ::