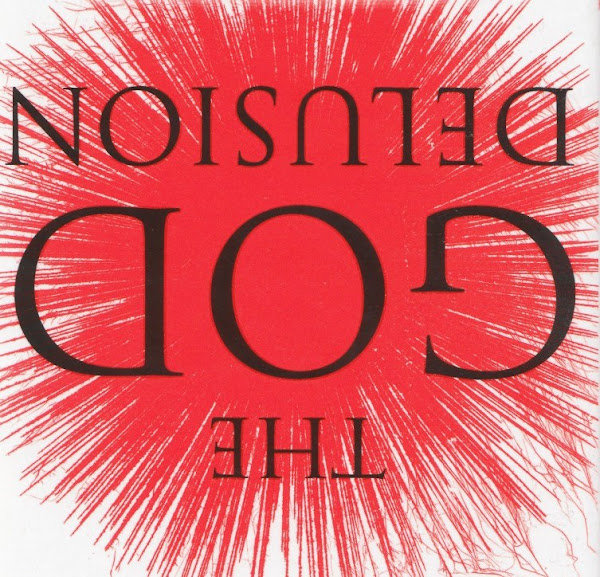 
:: RT: In The God Delusion, ▶ http://goo.gl/FIdHiU ◀ Dawkins contends that a supernatural creator almost certainly does not exist and that belief in a personal god qualifies as a delusion, which he defines as a persistent false belief held in the face of strong contradictory evidence. | #Bible #Quran #Torah #Christians #Muslims #Jews

'Isn't it enough to see that a garden is beautiful without having to believe that there are fairies at the bottom of it too?' —Douglas Adams.

For a scientist who criticizes religion for its intolerance, Dawkins has written a surprisingly intolerant book, full of scorn for religion and those who believe. But Dawkins, who gave us the selfish gene, anticipates this criticism. He says it's the scientist and humanist in him that makes him hostile to religions—fundamentalist Christianity and Islam come in for the most opprobrium—that close people's minds to scientific truth, oppress women and abuse children psychologically with the notion of eternal damnation. While Dawkins can be witty, even confirmed atheists who agree with his advocacy of science and vigorous rationalism may have trouble stomaching some of the rhetoric: the biblical Yahweh is "psychotic," Aquinas's proofs of God's existence are "fatuous" and religion generally is "nonsense." The most effective chapters are those in which Dawkins calms down, for instance, drawing on evolution to disprove the ideas behind intelligent design. In other chapters, he attempts to construct a scientific scaffolding for atheism, such as using evolution again to rebut the notion that without God there can be no morality. He insists that religion is a divisive and oppressive force, but he is less convincing in arguing that the world would be better and more peaceful without it.

Each of the words used in Richard #Dawkins' description of #god can be backed up by specific quotations from both the #Tanakh and the Old Testament on which it was base. That's not anti-semitism: it's fact.

The Root of All Evil?, later retitled The God Delusion, is a television documentary written and presented by Richard Dawkins in which he argues that humanity would be better off without religion or belief in God.

The documentary was first broadcast in January 2006, in the form of two 45-minute episodes (excluding advertisement breaks), on Channel 4 in the UK.

Dawkins has said that the title The Root of All Evil? was not his preferred choice, but that Channel 4 had insisted on it to create controversy. The sole concession from the producers on the title was the addition of the question mark. Dawkins has stated that the notion of anything being the root of all evil is ridiculous. Dawkins' book The God Delusion, released in September 2006, goes on to examine the topics raised in the documentary in greater detail. The documentary was rebroadcast on the More4 channel on the 25th August 2010 under the title of The God Delusion.
Clic aquí o recargar la Pagina Web.
Click here or reload the Webpage.
Video: The God Delusion, television documentary, intended for nonprofit, home use / domestic purposes only. Videoclip for domestic purposes only

The Chief Rabbi has accused Prof Richard Dawkins, the prominent atheist, of making a “profoundly anti-Semitic” remark by criticising the Old Testament in his book "The God Delusion"
Clic aquí o recargar la Pagina Web.
Click here or reload the Webpage.
Video: Jonathan Sacks vs Richard Dawkins, intended for nonprofit, home use / domestic purposes only. Videoclip for domestic purposes only