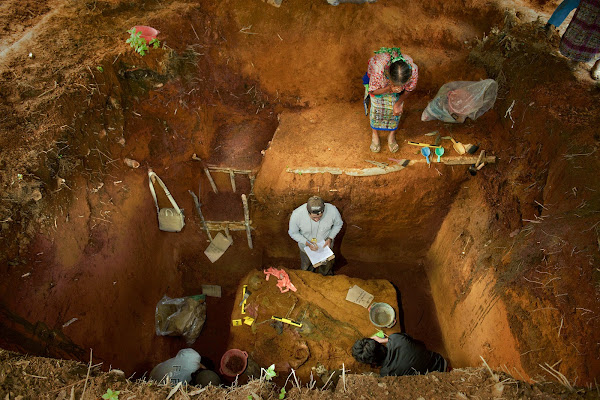 
— [http://goo.gl/CeQ9vx] Not surprisingly, intimidation escalates during war trials in Guatemala._______________________Ríos Montt was prosecuted in 2013 for genocide against the Maya Ixil, the first time a former head of state faced such charges in his own country’s court.


:: RT: The Secrets in Guatemala’s Bones ▶ http://goo.gl/8MyiGF ◀ Guatemala City is one of the most dangerous cities in the world, ravaged by drug and gang violence, much of it a direct consequence of the dirty war and its aftermath.

'It’s not the same when someone says "I heard a shot" or "I saw them shoot him" as when you take a skull and see the entry gunshot wound.'


"The Secrets Of The Bones" by Maggie Jones.

The CIA in Central America: Guatemala. The Shocking Truth about U.S. Foreign Policy, filmed by Allan Francovich, best known for his award winning film about the CIA, On Company Business ::