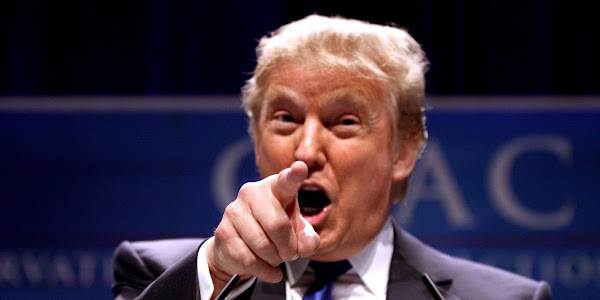 What is democracy? How do we measure it? - Photo: © "Donald Trump" by Gage Skidmore is licensed under CC BY 2.0 / illustration


— [https://goo.gl/qPCpAv] The Economist Intelligence Unit’s Democracy Index_______________________ provides a snapshot of the state of democracy worldwide for 165 independent states and two territories—this covers almost the entire population of the world and the vast majority of the world’s states (micro-states are excluded).


:: RT: What is Democracy? But most importantly, how do you measure it? ▶ https://goo.gl/L20t0H ◀ The Democracy Index is based on five categories: electoral process and pluralism; civil liberties; the functioning of government; political participation; and political culture. | #Democracy #Liberties

There is no consensus on how to measure democracy, definitions of democracy are contested and there is an ongoing lively debate on the subject. The issue is not only of academic interest. For example, although democracy-promotion is high on the list of American foreign-policy priorities, there is no consensus within the American government on what constitutes a democracy. As one observer recently put it, “the world’s only superpower is rhetorically and militarily promoting a political system that remains undefined—and it is staking its credibility and treasure on that pursuit” (Horowitz, 2011, pp. 287-288).

Although the terms “freedom” and “democracy” are often used interchangeably, the two are not synonymous. Democracy can be seen as a set of practices and principles that institutionalize and thus ultimately protect freedom. Even if a consensus on precise definitions has proved elusive, most observers today would agree that, at a minimum, the fundamental features of a democracy include government based on majority rule and the consent of the governed, the existence of free and fair elections, the protection of minorities and respect for basic human rights. Democracy presupposes equality before the law, due process and political pluralism. Is reference to these basic features sufficient for a satisfactory concept of democracy? As discussed below, there is a question of how far the definition may need to be widened.

Some insist that democracy is necessarily a dichotomous concept—a state is either democratic or not. But most measures now appear to adhere to a continuous concept, with the possibility of varying degrees of democracy.

The Economist Intelligence Unit’s democracy index is based on five categories: electoral process and pluralism; civil liberties; the functioning of government; political participation; and political culture. The five categories are interrelated and form a coherent conceptual whole. The condition of having free and fair competitive elections, and satisfying related aspects of political freedom, is clearly the basic requirement of all definitions. All modern definitions, except the most minimalist, also consider civil liberties to be a vital component of what is often called “liberal democracy”. The principle of the protection of basic human rights is widely accepted.

According to the 2016 Democracy Index almost one-half of the world’s countries can be considered to be democracies of some sort, but the number of “full democracies” has declined from 20 in 2015 to 19 in 2016. The US has been downgraded from a “full democracy” to a “flawed democracy” because of a further erosion of trust in government and elected officials there.

Democracy Index 2016 - Revenge of the “deplorables” - A report by The Economist Intelligence Unit:

Democracy Index 2016 - Revenge of the “deplorables” - A report by The Economist Intelligence Unit, PDF ::

Award winning journalist John Pilger examines the role of Washington in America's manipulation of Latin American politics during the last 50 years leading up to the struggle by ordinary people to free themselves from poverty and racism. ::