Essay — «Good Advice is Rarer Than Rubies; An Analysis» — [PDF] 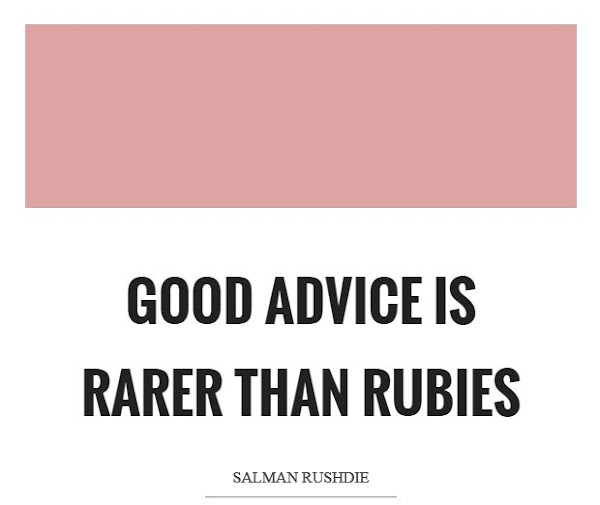 
— [https://goo.gl/YB8GIp] In a five paragraph essay analyze how the author creates suspense and enables the reader to understand the characters' feelings. Consider (POV) point of view, setting and the use of language._______________________(Prompt).


Salman Rushdie, who often regards himself as a "bastard child of history", displays in this collection a kaleidoscopic view of the world embracing both fable-like parables (mostly set in India or Pakistan, in the “East” section of the book) and sophisticated parodies of contemporary global society (in the last section). This carnivalesque mongrelization also erases the limits between the sacred and the profane, the cult and the popular, the tragic and the trivial; and it is only from this prism that one can understand the ironic conflation of widow-burning or arranged marriages with Star Trek fantasies or Elvis Presley’s songs.

What a dreary task it turns out to be, when one can almost always tell the next twist in a piece of literary work. Usually, a writer’s main objective is telling their narrative to an audience. An alluring story, however, should be able to capture the audience’s attention from the beginning until the close of it.

Salman Rushdie has composed an enthralling story by injecting suspense into his short story Good Advice is Rarer than Rubies.

The British Indian novelist and essayist uses a point of view that enables the reader to 1) understand the characters and their lives deeply, 2) examining where and when it happens while 3) infusing it with figurative language.

What would a story be without characters? It would not be a story. Characters are the centerpieces through which the reader visualizes the story as it unfolds. The writer of this short story uses the third person limited point of view to tell the story of Muhammad Ali and Miss Rehana. It is limited because the writer only has access to Muhammad’s experiences, whose thoughts he reads frequently and deeply. When Muhammad Ali sees Miss Rehana, he feels himself “[...] becoming young again [...] [o]ld fool [...] the oldest fools are bewitched by the youngest girls” (Rushdie 5, 11). From Muhammad’s point of view, we realize that he is indeed an old man now, but his attraction for Miss Rehana makes him wish for his youth, “[...] and those eyes did bad things to his digestive tract.” (Rushdie 6). The suspense in the story holds me still as a reader, and I crave to know what exactly Muhammad will do about his feelings and how Miss Rehana would respond if at all he expressed himself. From Muhammad’s point of view, the reader is placed into the story. We get to know that Muhammad’s aim is to swindle the naïve people by lying to them that he has connections that will enable them to get the papers they need to migrate to England. However, he is hesitant to do the same to Miss Rehana. The suspense that this creates enables a reader to sympathize with the character, a literary device the writer uses.

When Miss Rehana arrives at the gates of the British consulate, yet there is a “dusty compound between the bus stop and the consulate” (Rushdie 6) that is filled with people, we are drawn to the fact that the story is not on British soil, and Miss Rehana needs some assistance to be there. Or maybe it is just the people waiting. Well, we cannot ascertain that, unless we read some more. Suspense. “She was standing in at a hot snack stall in the little shanty town by the edge of the compound” (Rushdie 6). A shanty town? Near a consulate? “He led her to the low wooden desk in his special corner of the shanty town” (Rushdie 7). Now, why is there a market of sorts at the edge of a British consulate? This plagues a reader with curiosity to understand more about the characters’ culture. We get to know, from this setting, that these people love chilli-pakoras. Miss Rehana buys Muhammad a pakora to thank him for his ‘advice’ (Rushdie 13). The setting in this story is a day, and to find Muhammad still waiting outside the gates despite doing nothing, affirms that he was attracted to Miss Rehana. Miss Rehana’s plight is also revealed in our waiting for her. We get to know what her story is.

Writers are thought-provoking people, to the reader’s advantage. Their use of language while telling a story, always weaves an intricate web that does the trick in creating suspense. Miss Rehana tells Muhammad that she is a “[...] a poor potato” (Rushdie 7). A metaphor that gives a peak on what her life is like compared to the other women, but how else would a reader know if they do not read on? Suspense. “Good advice should find good money” (Rushdie 7), which is an analogy that lets us understand that this character is indeed poor, yet she does not wallow in self-pity. “She was a sparrow [...] they were men with hooded eyes like hawks” (Rushdie 9). A metaphor and a simile, used by the character Muhammad to explain the reality of things. She is the prey and the people at the consulate are predators and so she should be wary of them. It is indeed ironic of Muhammad to say so because he is also a hawk preying on the Tuesday women. The writer utilizes hyperboles as a literary device, “[...] love stories and green medicine, both of which cured happiness” (Rushdie 13, 14) which is an exaggeration that explains that the characters are usually sad when they leave the consulate. It also suggests that the consulate crushes the Tuesday people’s dreams every Tuesday.

Salman Rushdie’s "Good Advice is Rarer than Rubies" is indeed a spellbinding story from the fore to the last word. He employs 1) the character’s point of view, 2) the setting, and 2) expert use of language that intrigues one into the need to read the next word each time. He dwells on the plight of the people of this particular place, which is a constant need to escape the life that they are living. In the premise, he sets up that most want to leave. The writer, hence, makes the reader appreciate the characters, and with the use of suspense, helps to understand them deeply. 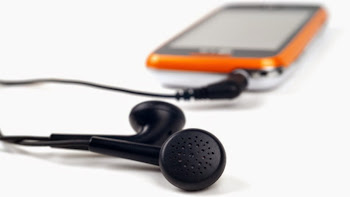