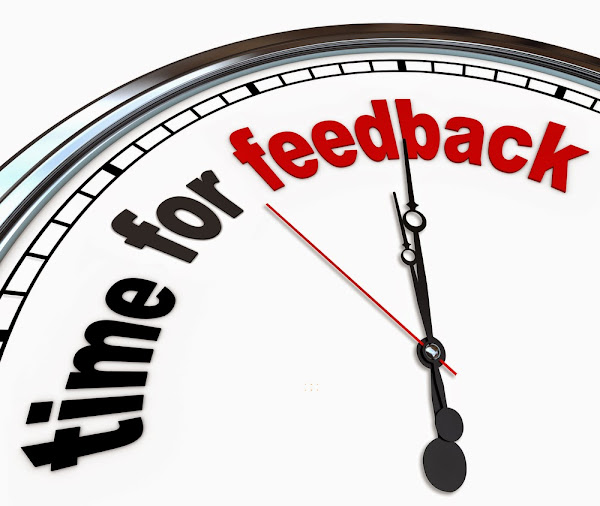 
— [http://goo.gl/aUjPm9] Watch this clip in which Dylan Wiliam reviews the importance of giving learners effective feedback as an integral component of formative assessment_______________________.


The feedback was why we started really, because a lot of the research on formative assessment was about different kinds of feedback... and what we found was that most of the feedback that’s come in schools is the least helpful in terms of what psychologists have found. There’s lots of different ways of looking at feedback, but a very important way of looking at feedback is whether its ego involving or task involving.

So if you say to students that they did very well that they did one of the best pieces of work in the class, that's ego involving because it focuses on that person’s position in the class. Whereas, if you get feedback that’s says things like, well this is what you need to do to improve... then that focuses on the task. And what the research shows very clearly is that ego involving feedback is rarely effective and, in fact, can lower achievement. So when students get grades and they can compare themselves with each other, where they get praise...the effects are usually or often zero and, sometimes, negative. In other words, in many cases rather than giving that kind of praise you would have been better off shutting up and giving no feedback at all! Students given that kind of praise do less well than students given no feedback at all.

But what the research also shows very clearly is the conditions under which feedback is successful. The research shows, for example, that when the feedback focuses on what students need to do to improve, and, in particular, how to go about it... then you get very large impacts on student achievement. So the challenge for teachers is to take these very broad principals that I’ve outlined and work out what it means to their own classroom.

The way I summarise all of this is to say that I think that good feedback causes thinking. The really important thing is that when a student gets a piece of feedback, the first thing they do is think, not react emotionally, not disengage but think. That’s very important because what the research on student motivation shows is that when they’re faced with a task or a response to a piece of work, students, basically, make a choice between deciding either to protect their wellbeing or to engage in activities that will actually help them grow as individuals and in their achievement. And if the first reaction of a student is to protect themselves and to restore their sense of well-being, what you will find is that students will focus on the things that will do that for them and they won’t focus on the learning.

So what we need to do is to give students feedback that helps them move forward. Give them feedback that makes it clear that ability is incremental rather than fixed, because if we send the message to students that ability is fixed then if you are confident that you can engage in the task you will go for it, for the brownie points. But if you’re not confident or think that you might actually fail when other people will succeed, you will disengage and basically, you will decide that you would rather be thought lazy than stupid.