Essay — «Donald Trump On A Collision Course With The NRA» — [PDF] 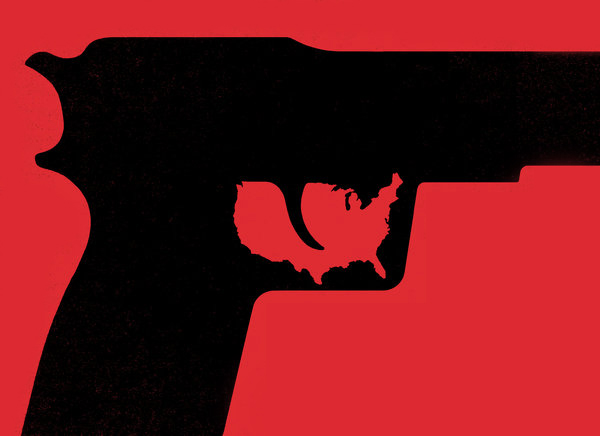 The Trump administration unveiled a series of proposals on school safety and gun restrictions in response to a Feb. 14 shooting at a Parkland, Fla., high school.

Trump initially voiced support for universal background checks and raising the age limit on certain gun purchases. However, neither was addressed in his administration’s proposal.

The White House has denied that the president had “chickened out” in the face of pressure from the NRA, which met with the president and opposed gun law reforms.

Trump On A Collision Course With The NRA; A 5 Paragraph Essay, Benjamin Madeira, PDF ::

Mr. Trump has vowed to take action again, a stance that the National Rifle Association (NRA) opposes. Hence, a collision is imminent between Trump, the NRA, and its members over the need for gun control. (Background issue)

Furthermore, the recent gun problems in the country have led to the increasing calls for the establishment of proper gun controls in the nation, and Trump has actively supported the need for adequate gun controls to establish order in as far as the guns are involved. Trump has been cited in his comments on the gun issue where at some point he has been against the laws yet in another forum; he has openly called for the changing of the gun laws. According to the president, significant gun control measures are needed to curb the increasing insecurity that emanates from the guns in the hands of civilians. (Current Situation)

The decision by the president to call for reforms on the gun laws in the country negates the calls by the NRA on doing away with the expected changes in the gun policy. These differences are likely to lead to a collision between the president and the NRA if viable solutions are not found for the gun issue. (Implications)

This essay presents the argument that Trump is allowed, in his capacity as the president, to call for changes that would make his people feel safer. There is also a contention on how the gun issue should be handled. Therefore, as the president, he provides the leadership and direction. He also advocates for the establishment of gun laws that ensure the workers are trained on gun skills to enhance the security. (Telling your readers what the paper is about/ guides your writing and keeps your argument focused/ Thesis statement)

The president is mandated to ensure that security is enhanced for the citizens wherever they may be and it is his role to push for the essential reforms that would enable this to happen. (Positive case) In retrospect, the blatant dismissal of the issues raised by the NRA is a recipe for a collision with the association. (Counter-argument) Abramson (2018) states that the president has expressed his displeasure with the Congress for failing to institute the required changes in the gun laws in the country (para.5). Moreover, the President has spoken of his expectations of the Congress, which should expedite the efforts to establish stringent regulations on gun control in the country. Trump has also vowed not to relent in his clamor for the change of these laws as a means of ensuring the safety of the students in the schools. (Supporting evidence) However, the perceived dalliance with the NRA communicates a lack of goodwill in the calls for reforms considering that NRA believes the president is against the changes (Allen, 2018, para.5). The need for the gun reforms should be construed as an issue of national importance and should be treated with more seriousness.

There is a disagreement on the way the gun issue should be handled mainly regarding the possession of the guns. Trump argues that the law enforcement officers should be allowed to confiscate without waiting for warrants. (Positive case) However, the NRA contends that the right to own guns is enshrined in the Constitution and should not be limited by the government. (Counter argument) The power to confiscate the weapons would help in the removal of the arms at the hands of the civilians. However, the NRA argues that the confiscations guns would lead to increasing insecurity as the civilians would have no means of self-defense (Gabbatt & Beckett, 2018, para.9). (Supporting argument) Besides, it could be argued that owning a gun helps the individual to protect himself and the total percentage of insecurity levels decreases. Therefore, stripping the individuals of their guns would leave the people at the mercy of criminals. (Implications) It would be prudent to establish a proper means of handling the gun issue considering that security remains paramount.

Trump has advocated for various measures aimed at establishing gun controls including the need to train workers on necessary gun skills. (Positive case) Additionally, the skills also include the ability and power to detect and disarm any person who is considered as dangerous. Therefore, the disagreement emanates on the need for a court warrant before the disarmament as proposed by the NRA while the president opines that the security personnel should seize weapons at the sensing of possible danger to the people (Epstein & Dopp, 2018, para.4). (Supporting argument) It is essential to understand the argument by the president considering the impact of gun violence in the school districts. However, there is an impasse between Trump and the NRA regarding the disarmament, and despite the constitutional stand on gun ownership, the safety of the schoolchildren should also be given due cognizance. It means that the issue of gun ownership and possession still requires advanced solutions towards ensuring the safety of the society. (Implication supports positive case)

As can be seen, a collision between Trump and the NRA is imminent regarding the differences on the handling of the gun issue in the country. Moreover, the NRA does not want the proposed changes to the gun laws, and they cite the providence of the constitution on gun ownership, the president on the other hand advocates for changes that would increase the social safety of the people and in the schools. Thus, the call for policy change has attracted reactions from the members of NRA who do not see the relevance of the changes. (Summarization) In essence, the collision between Trump and NRA will delay the gun policy changes in The United States. (Implication) As a result of this collision, it is imperative that both the president and the NRA get a solution, which would suit both parties. (Conclusion)