A+ A-
Print Email
"OVER BLACK we hear the sound of a violent rear-end COLLISION, brakes locking, metal crunching, tires skidding as a car spins, horns blaring, gravel spitting. Then silence. We start to glimpse faint, unfocused images of flashing lights". ["Crash" is a 2004 crime drama film co-written, produced, and directed by Paul Haggis.]

• ✔ "Crash" — is a movie that exposes different kinds of social and multicultural differences . I am creating a presentation on race relations, identity and integration, as well as the film Crash (directed by Paul Haggis, 2004).
Movie clip, via Youtube API | — Madeirinha — Benjamin Madeira — 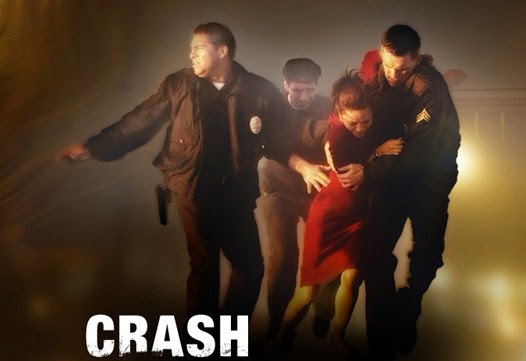 
The independent and foreign film discussion group "TalkAboutFilms" talks about the film: Crash.

Crash is set in Los Angeles, a city rich in diversity. Do you think that an area with such diversity would be more open or close minded about differences? Why?