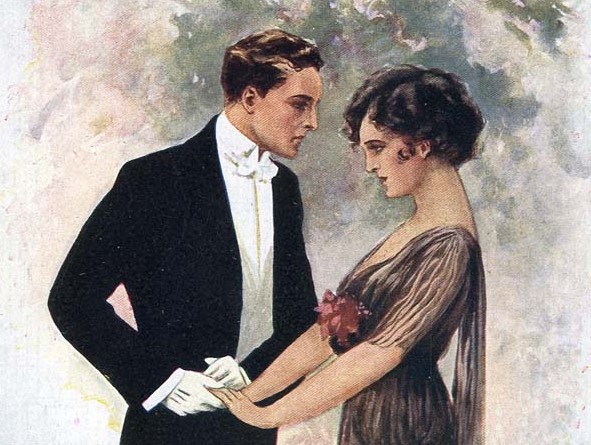 Had Tillotson or Gannett been the focal point of the story “Souls Belated”, published in The Greater Inclination, society would not have cared if they divorced nor had a mistress on the side. Society would have felt that this was acceptable.


«I felt the text was about someone who kept fighting against society and eventually grew tired, gave up the fight and conformed to what society asked of her: to be with Gannett. The story is a study of whether an individual remains free, and independent if he/she gets married. The reader sees this study explored when Gannett and Lydia continuously hold each other back. For instance, Gannett mentions to Lydia how since they've been together he "...shall have to get at (his) work again some day" (211) because he hasn't "written a line since they had been together" (216).

Lydia has been holding Gannett back by distracting him from his writing, which is evident because the author mentions "Gannett, before they met, had made himself known as a successful writer...Lydia interfered with the fulfillment of his promise" (213). However Gannett is also holding Lydia back by trying to marry her. Lydia tries to explain how "...if marriage is sacred in itself and the individual must always be sacrificed to the family-then there can be no real marriage between [them]" (213). Lydia loves her independence and marrying him will force her to sacrifice that. If marriage forces her to sacrifice her independence than she won't ever be free again. For that reason, I think Wharton's conclusion from this study is that an individual loses their freedom once they get married.»

My response/comments about Jamie's thoughts on Souls Belated.


"[...] someone (Lydia) who kept fighting against society and eventually grew tired, gave up the fight and conformed to what society asked of her: to be with Gannett."

Where in the short story do we find that she grew up tired and gave up the fight? These are only speculations! What textual evidence do you have? If the end of the story were explicit about them getting married and she confessing that she accepted, then it would be giving up...

Short story writers expect their readers to be familiar with the economic, social, and emotional implications of an adulterous affair in contemporary society, so that they can restrict the amount of explanatory information to a minimum. Short story writers “have to assume considerable background on the part of the reader, a background that may or may not be present in a particular individual at a particular time” (Pasco, 447).

Nineteenth- and early twentieth-century female adultery short story writers worked on the assumption that their readers were entirely familiar with transgressive love and its social, economic and moral implications, either through personal experience, or because they had read or gossiped about it. Contemporary newspaper reports on divorce cases and sensation novels were extremely popular reading, and female adultery was a not uncommon topic in the literary classics and, of course, the Bible. Readers and writers therefore built on a shared knowledge and understanding. Writers could start assuming that their readers had sufficient background to understand what was at stake when a married woman had a transgressive love affair.

In the conventional nineteenth-century novel which centred on a love interest, writers generally resorted to a traditional ending: the marriage of the protagonists or, alternatively, the death of the hero, but more often the heroine. The novel of female adultery had its own tradition, which usually entailed the punishment of the adulteress, not seldom in the form of her premature death. Whether or not such a judgemental ending reflected the ideology of the author, the novel required a definite resolution. The short story gave writers greater flexibility with regard to closure. They could opt for a variety of endings that have come to characterize the short story genre, such as the epiphanic moment, the open ending, or the sudden twist. It offered writers the possibility to imply plot resolutions that could not be made explicit and allowed them to intimate moral judgements which did not reflect the accepted moral judgements of contemporary society, but instead more subversive, alternative ideas.

In Wharton’s short stories, the adulterous affair of the wife never results in a happy ending.

Jamie is reading the story as if it were a romance novel, but it is in fact a female adultery short-story that seeks to create debate on women's emancipation.

Wharton, Edith. "Souls Belated." Wharton, Edith. The Greater Inclination. Charles Scribneits Sons, 1899. 83-130. Book.
This is the short story under review expressing the experiences of Lydia going through a divorce while being involved in an extramarital affair with another man named Ralph Gannett. In the short story, Lydia is seen to defy the societal norms regarding woman roles in marriages. This is evident from her approach towards her marriage and the resultant relationship she gets into with Gannett. In a journey that they share, Lydia is about to abandon her new partner but suddenly she stops. There is, however, no evidence that another marriage would ensue from the relationship. Nevertheless, we do not need to share her deliberations, for in the course of the story she has already put into words her belief: “no ceremony is needed to consecrate our love for each other” (Wharton 95).