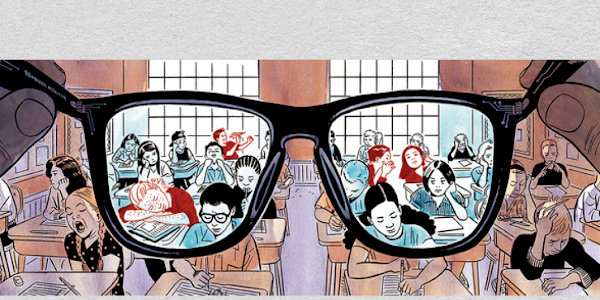 “Are you paying attention?” –


Caution: This blogpost deals with the 8 Oscar-nominated movie "The Imitation Game." If you have not seen it and are planning to watch it, then you should not keep on reading this because it will spoil the film's entire narrative style.


"THE IMITATION GAME," written by Graham Moore - Based on "Alan Turing: The Enigma" by Andrew Hodges - Directed by Norwegian MORTEN TYLDUM


The aims of this writing activity are to cover 2 main areas in learning the English language as required in the English subject curriculum (LK06). Students will 1) write down their arguments in favor or against a given topic in the ESL classroom (written communication, use different writing strategies, general vocabulary related to different topics, different sources as a bases for writing [templates, model-writing], being able to express ideas and opinions in well-structured and coherent texts), and 2) culture, society (explain features of history in the UK, create own texts inspired by films and cultural forms of expression) (LK06).


A class consisting of twenty one 10th-grade students, in lower secondary school. Second period-term. I would have loved to have this writing activity based on the book "The Curious Incident of the Dog in the Night-time" which all of my students have read, but having worked on that book last year during our intensive reading project, and since they had been to the movies as part of their social studies subject, I decided to work on that movie in our ESL classroom. I asked them about the movie during a prior class, and surprisingly, most of them confessed that they did not get most of the film, especially the beginning. So, our writing project for an hour-class the week after, was to read the beginning of the movie screenplay, and then we watched the very first five minutes of the film. I provided them with the link to the whole movie screenplay, in case they would like to watch the entire film again. I explained my students the movie’s style. The story-telling is, in a certain way, complex.


During their social class subject schedule, they watched the movie in English with Norwegian subtitles. Most of them did not understand parts of the film because it is narrated "in concentric circles." Three eras of Turing’s life are layered on top of each other and we move between them steadily. In reverse chronological order, they are: first) Turing’s arrest and interrogation (he finishes telling his story to Detective Nock) in 1951, secondly) his application and acceptance into MI6 and his work at Bletchley Park; and finally), a formative year at school with his best and only friend, Christopher. The sub-title of this blogpost is the first line in the film – it’s Turing speaking to his interrogator – and the narration is snippets from their interview.


After we had read the screenplay’s intro, and I had modeled the sentence types first, students’ assignment for the next half an hour was to write 6 short paragraphs. The purpose of their writing activity: students would work alone, and write as themselves to persuade their peers why they did or did not like the movie "The Imitation Game."

Good.
If you are not listening carefully, you will miss things. Important things.

ALAN TURING (V.O.)
I will not pause, I will not repeat myself, and you will not interrupt me.

You think that because you’re sitting where you are, and I am sitting where I am, that you are in control of what is about to happen.

You’re mistaken. I am in control, because I know things that you do not know.

ALAN TURING (V.O.)
What I will need from you now is a commitment. You will listen closely, and you will not judge me until I am finished.

ALAN TURING (V.O.)
If you cannot commit to this, then please leave the room.

But if you choose to stay, remember, you chose to be here.

ALAN TURING (V.O.)
What happens from this moment forward is not my responsibility: It’s yours.

* V.O. (voice over) in movies/screenplays is used to indicate that dialogue is spoken by someone not currently seen on the screen/ not physically in the scene. It is as if Turing were speaking to the viewer.

This way to scaffold students’ writing is a very useful tool because it helps them to focus and at the same time increase their ability to write on their own. Before they began writing, they saw and heard me giving my writing arguments why I did like / did not like the movie.


Arguing in favor of watching "The Imitation Game"

Although not everybody would agree, I want to argue why you should watch the movie "The Imitation Game." First and foremost, (it brings Alan Turing's story to the big screen. It shows that homosexuals can also be great human beings and play a key role).

I have several reasons for arguing why "The Imitation Game" is worth watching. It highlights the disgusting betrayal against Turing and it can help us to be more tolerant of others.

A further reason is that (it can inspire you to find out more about what happened during the Second World War).

Furthermore, (it is refreshing to watch a movie where the heroes solve problems by applying thought, rather than automatic weapons).

Therefore, although some people might argue that (you will get a more rounded picture of Alan Turing and his work if you read the book: "Alan Turing: the Enigma," the tale of what women and men accomplished at Bletchley reaches more people through a movie).

These arguments show that (the movie "The Imitation Game" is worth watching. Three generations later we can learn more about those people who, beyond their sexuality, played a chief role in shortening the Second World War.

Arguing against watching "The Imitation Game"

Although not everybody would agree, I want to argue why you should stay at home and not watch the movie "The Imitation Game." First and foremost, (although Turing’s contribution in shortening the Second World War was certainly immense, the stories of women and men who also worked hard at Bletchley, are untold; it makes it look as if it were a one man show).

I have several reasons for arguing why "The Imitation Game" is not worth watching. (This movie is for grown-ups. It is narrated "in concentric circles." Three eras of Turing’s life are layered on top of each other and we move between them, during the entire film).

A further reason is that (three generations later we cannot possibly be learning that the Second World War came to an end because of a machine. It is an oversimplification of what actually happened).

Furthermore, (if you really will learn more about Alan Turing and his work, you should read the book: "Alan Turing: the Enigma").

Therefore, although some people might argue that (it shows that homosexuals can also be great human beings and play a key role, it does not really show Turing’s homosexuality. His sexuality is only dealt superficially, instead there are more screen time devoted to him and his female friend).

These arguments show that (the movie "The Imitation Game" is not worth watching. (Although it might not be refreshing watching a movie where automatic weapons and bombs killed thousands and thousands of people on the field, it was the crude reality).

• [5] Whitaker, Charles (2006). "Best Practices in Teaching Writing." Write in the Middle: A workshop for Middle School Teachers. Retrieved on Feb 2015 from: http://www.learner.org/