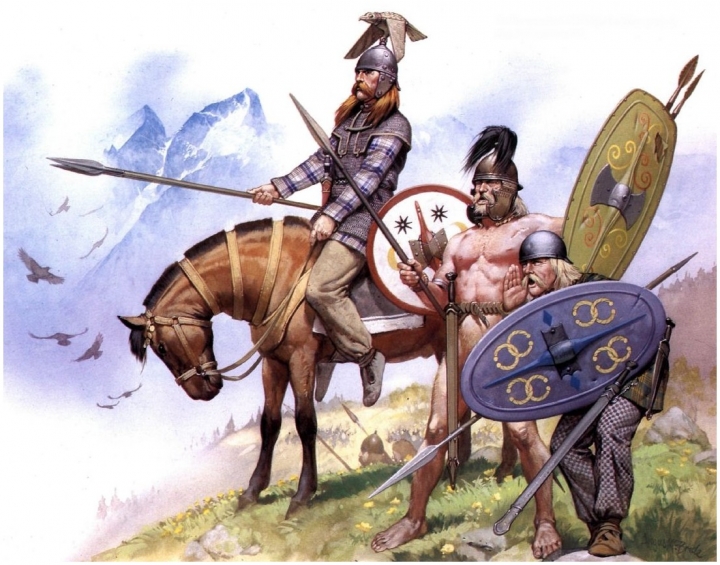 
— [http://goo.gl/T7AV52] A look at the arrival of Celtic speaking people in Europe, and the invasion of Celtic Gaul by the Romans._______________________Celtic is replaced by Latin in Western Europe, leading to the modern Romance languages. Celtic words in modern English are examined.


:: RT: Ancient Celts and the Latin Invasion of Gaul ▶ https://goo.gl/Nu5xip ◀ Kevin explores how between 58 and 50 BC Caesar conquered most of the area now covered by France, Belgium and Switzerland, and twice invaded Britain. Julius Caesar's campaigns in Gaul (58-51 BC) are collectively termed the Gallic Wars. In 58 BC, Gallic agitation against the Suevi, a German tribe that had recently conquered territory in Gaul, and the threat of invasion by the Helvetii, a Celtic tribe from the area that is now Switzerland, gave Caesar a pretext to advance his career through war. | #English #Language #EnglishHistory #OldEnglish #Podcast #History #Celts #Latin #Gaul

The Gallic Wars By Julius Caesar.


SHARE: FACEBOOK | TWITTER
MP3 — «The History of the English Language» :: The Romans were conquerors, but they also governed, using republican forms that have been passed down to us.