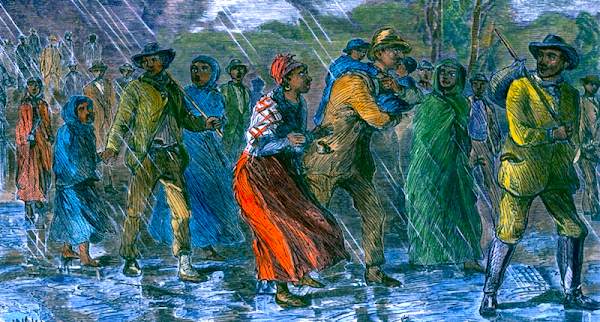 
:: RT: A Conservative Revolt in Favor of Slavery? ▶ https://goo.gl/PShlf3 ◀ As you set up your barbecue grills, don your American flag gear, pop bottles, and light fireworks, don't you think that a fear of slave revolts drove American Independence?

As the United States prepared to celebrate Independence Day, DemocracyNow looked at why July 4 is not a cause for celebration for all. For Native Americans, it may be a bitter reminder of colonialism, which brought fatal diseases, cultural hegemony and genocide. Neither did the new republic's promise of "life, liberty and the pursuit of happiness" extend to African Americans. The colonists who declared their freedom from England did not share their newly founded liberation with the millions of Africans they had captured and forced into slavery.

Historian Gerald Horne argues the so-called Revolutionary War was actually a conservative effort by American colonists to protect their system of slavery. He is the author of two new books: "The Counter-Revolution of 1776: Slave Resistance and the Origins of the United States of America" and "Race to Revolution: The U.S. and Cuba During Slavery and Jim Crow." Horne is professor of history and African American studies at the University of Houston.


"Did a Fear of Slave Revolts Drive American Independence?" by Robert G. Parkinson.

Was U.S. Independence War a Conservative Revolt in Favor of Slavery? ::