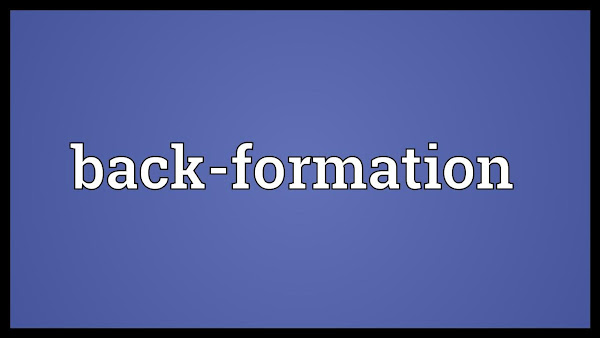 
:: RT: The Linguistic Phenomenon, Back Formation ▶ https://goo.gl/C4acMG ◀ Back formation is a semi-productive type of word-building. It is mostly active in compound verbs, and is combined with word-composition. The basis of this type of word-building is compound words and word-combinations having verbal nouns, gerunds, participles or other derivative nouns as their second component (rush-development, finger-printing, well-wisher). | #English #Language #EnglishHistory #OldEnglish #Podcast #History #Linguistics


FOR PROMOTION USE ONLY- "Copyright Disclaimer Under Section 107 of the Copyright Act 1976, allowance is made for "fair use" for purposes such as criticism, comment, news reporting, teaching, scholarship, and research. Fair use is a use permitted by copyright statute that might otherwise be infringing. Non-profit, educational or personal use tips the balance in favor of fair use."