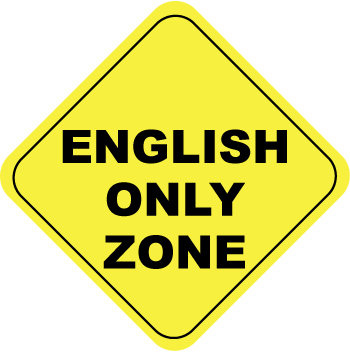 There are two directions to choose from in upper secondary education: vocational and general programmes. The vocational programmes lead to a specific occupation and there are nine different programmes: 1) agriculture, fishing and forestry, 2) building and construction, 3) design, arts and crafts, 4) electricity and electronics, 5) healthcare, childhood and youth development, 6) media and communication, 7) restaurant and food processing, 8) service and transport and 9) technical and industrial production. These programmes consist of two years in school and two years in an apprenticeship. When the students have finished the four years, they receive a crafts -or journeyman’s certificate. There are also possibilities to continue with a third year in school instead of the pprenticeship, and students who choose to do this can gain entry to universities or colleges.

The general programmes consist of three years in school and provide access to higher education. There are three courses to choose from: 1) Music, dance and drama, 2) Specialization in general studies and 3) Sports and physical education.

The Knowledge Promotion curriculum (LK06) that Norwegian teachers follow was implemented in 2006. There are five basic skills that are integrated in each subject and they are ‘the ability to express oneself orally and in writing, the ability to read, the ability to use digital tools and numeracy’. There are specific competence aims for the second, fourth, seventh and tenth year of primary and lower secondary school and for the first year in general programmes (Vg1) and for the second year in vocational programmes (Vg2). The competence aims are divided among four areas: ‘Language learning, ‘Oral communication’, ‘Written communication’ and ‘Culture, society and literature’. The curriculum was revised in 2013, and the three original main areas have now become four instead of three . The original area ‘Communication’ has now been divided into ‘Written communication’ and ‘Oral communication’.

The fourth and final area is ‘Culture, society and literature’. Important aspects of the goals within this area are to have knowledge about and present, discuss and debate different aspects and topics of the English -speaking world.

The Regulation for the recognition of textbooks used in the Norwegian Unified School, which existed in Norway for over 100 years, was abolished in 2000 (Odelstinget 1-14; Bratholm 1). Instead of a central approval of teaching materials, schools, teachers and parents should obtain more freedom and responsibility, allowing them to determine the selection of textbooks to be used in the classroom itself. Textbook authors are merely asked to develop textbooks in accordance with the relevant curricula.


Any given assignment has to correlate to the requirements of the revised Knowledge Promotion Reform (2013), which is the main framework for the didactic work in Norwegian schools (KUF1994, 1996: 4; LK06, 1-6); it could for instance cover three main areas in learning the English language. Students will 1) learn English by using “different situations, working methods and learning strategies”, and “comment on own work.” It could also cover the 2) oral communication area; students are expected to “understand and use a general vocabulary related to different topics” and “express and justify own opinions about different topics.” 3) Students should “choose and use different reading and writing strategies [...], general vocabulary related to different topics [...], use own notes and different sources as a base for writing,” such as templates, model-writing. They will be able to express ideas and opinions in well-structured and coherent texts (LK06, 8-9, revised version 2013).


The English subject curriculum requires that ESL teachers give their students various assignments, emphasizing the use of different writing strategies in the ESL classroom. Thus, being ESL a school subject with a vast potential for variation, adolescent students will learn English by using “different situations, working methods and learning strategies” (KL06 8); they will learn English by commenting on own written work so they can, for instance, persuade a particular audience not only at school but also outside the ESL classroom.


The Norwegian national curriculum also points out that learning the English language "occurs while encountering a diversity of texts, where the concept of text is used in the broadest sense of the word" (KL06 2). Moreover, [i]t involves [...] written representations in different combinations and a range of [...] written texts from digital media" (KL06 2).


Teachers scaffold students so these are able to "use [...] writing strategies," "understand and use a vocabulary related to [both] familiar [and general] topics" (LK06 7, 9). Students will also learn how to "take notes to create different types of texts" and "write coherent texts that narrate, retell and describe experiences and express own opinions" (LK06 3-4).


Scaffolding can be applied by an advanced partner, such as an instructor, the teacher or a fellow student –peer-to-peer feedback– so other students become "aware of the strategies that are used to learn [the English] language, and strategies that help [them] to understand and to be understood," only then "the acquisition of knowledge and skills becomes easier and more meaningful" and it can also "be an important part of [their] personal development" (LK06 2).

Funny clip from movie 'Get Ready to be Boyzvoiced' where band manager Timothy is in an important meeting with record company executive, but his lack of English loses the record deal - Not Every Norwegian Speaks English :: Vurdering med karakter: 0. Kriterier: Ingen interesse. Eleven må ta engelsk på nytt.