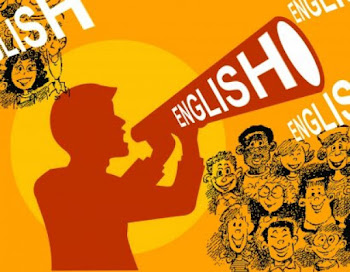 
In modern English new words are added to express past or future tense. The inflection occurs when we change the word itself to give us information, usually by changing the end, the middle or some other part of the word. However, modern English did not get rid of all its inflections. When we study English today we discover that in words such as “play,” we would have “played,” “playing.” These ending are inflections because each one is a modified version of that original word, “play.”

The most important differences between Old English and Modern English ::

This briefly discussion will be structured around the internal history of the English language –the pronunciation, grammar, vocabulary, and around the conventional division of the history of English into two main periods: Old and Modern English.

The Old English period can be regarded as follows: around 450 of our era (CE) to 1150 CE. Anglo Saxon dialects form the basis of the language we now call Old English (Dahl, lesson 2; Svartvik & Leech 17-18; Lecomte 305; Heiberg 630). This English period is an interval of time of full inflections or non-modifications of words. Put differently, the grammatical category 'open class words,' as we call it today, was more or less closed during Old English. Old English nouns, pronouns, and adjectives had four inflectional cases, used according to the word's function in a sentence. It was “during most of this period the endings of the noun, the adjective, and the verb are preserved more or less unimpaired" (Baugh & Cable 46). Old English was a synthetic rather than an analytic language. Old English like modern German and unlike modern English was synthetic. In terms of grammar, Old English resembles modern German more than it does modern English. Old English was completely different from modern English in very many respects.

A clause in the following line from the Anglo-Saxon epic poem Beowulf illustrates this full-inflections period:
Hordweard sohte
georne æfter grunde, wolde guman findan,
þone þe him on sweofote sare geteode;
(Beowulf, verse 2275-2295; emphasis added)
Thus, 'wolde guman findan' is a past tense that means ‘he wanted to find the man’, the –e on the word 'wolde- indicates a 3rd person singular functioning as subject: ‘he wanted’; the –n on the word 'guman' indicates that ‘the man’ is the object, opposite to the subject of the verb; and finally the –an on the word 'findan' which indicates an infinitive verb, namely: ‘to find’.

Another feature of Old English was the verb system, which was more complex than that of modern English. In modern English, regular verbs are conjugated in the same form for all subject pronouns or persons, with only one exception, namely the present tense indicative, third person singular (he/she/it steals), Old English had different endings for different persons.


The vocabulary of Old English ::

Regarding the vocabulary of Old English, it was also different from that of modern English. Old English vocabulary was still based on the Germanic peoples' dialects that had moved down from Scandinavia and spread over Central Europe in successive waves (Dahl, lesson 2). Bilingualism was a typical characteristic of Old English as it “was not very hospitable to foreign loans, which make up less than 5 per cent of the recorded Old English words” (Svartvik & Leech 18-19). A Roman colony established in the isles in 43 CE, culturally and linguistically, however, the Romans did not influence the population. Even though Britain was a Roman province for nearly 400 years and yet, with the departure of the Romans, nearly every trace of the Latin language on the island was wiped out (Dahl, lesson 2; Svartvik & Leech 17; Solodow 45; Ostler 295).


The pronunciation of Old English ::

We cannot know exactly what the pronunciation of Old English was like since the only accounts that exist is reconstructed aspects about it. Nevertheless, the pronunciation of modern English vowels differs totally from that of other Germanic languages. The only thing linguists are certain of based upon the linguistic research, historical records and archeological evidence is that Old English vowels looked more like the vowels of today's Germanic languages, such as Scandinavian languages and German (Dahl, lesson 2).

The numerous set of "silent letters" that learners find so maddening is because of William Caxton who greatly influenced what is now Standard Written English. He introduced the printing press to England in 1476. There was an increased contact between speakers of English from different dialect areas and, not least, with the increased use of written English came the need for standardization. One language change that took place with main effects in the fifteenth and early sixteenth centuries which affected spoken language as it is spoken today was the "The Great Vowel Shift." The sounds of the long stressed vowels of Middle English changed their places of articulation (Svartvik & Leech 61; Drout 87-92). "Because the standardization of spelling was well under way before this vowel shift was complete, English spelling today still usually reflects the old pronunciation” (Dahl, lesson 2).

• [9] Ostler, Nicholas. Empires of the Word: A Language History of the World. New York: HarperCollins, 2005. Print.

• [10] Solodow, Joseph B. Latin Alive: The Survival of Latin in English and the Romance Languages. Cambridge: Cambridge University Press, 2010. Print.


The period of Old English with its main phases: from the arrival of the Anglo-Saxons, via the constant invasions of the Vikings up to a detailed account of what happend in 1066. Thus, this video is more or less socio-culturally oriented, rather than linguistic. It is meant as a general overview of the most important facts and figures of the Old English era ::