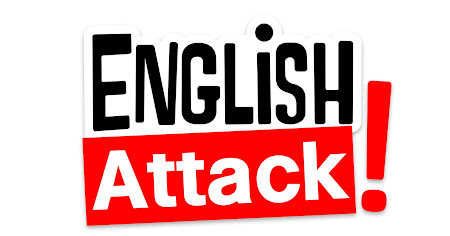 English is not necessarily a threat to multilingualism. It's a useful tool for communication, an additional language but never a substitute for L1s.

However, some argue that English is the paradigm modern language of political and economic power. As such, some observers assert that the power of English is the factor responsible for disenfranchisement of a vast majority of populations in the third world, and a major cause of the ‘deaths’ of hundreds of minority languages.


Phillipson (1992: 17) asserts that ‘[t]he advance of English, whether in Britain, North America, South Africa, Australia or New Zealand has invariably been at the expense of other languages’, and claims that ‘the monolingualism of the Anglo-American establishment blinds its representatives to the realities of multilingualism in the contemporary world and gives them a ... false perspective.’

Discussing the concept of linguistic imperialism ::

There are three kinds of English speakers throughout the world: those who have acquired it in very early childhood -they speak it as a first language- (L1), those for whom it is a second or additional language (L2) and those who learn it as a foreign language (EFL) (Dahl, lesson 1; Graddol 10). While Svartvik and Leech point out that attacking the English language under the term ‘linguistic imperialism’ is not being objective, in his book Linguistic Imperialism, Robert Phillipson (1992) draws heavily on the concept ‘linguistic imperialism.’ For linguist Phillipson, the insistence on an Inner-Circle model as exemplified by the Indian-American linguist Braj Kachru (179-182) of teaching ESL/EFL for all contexts is mere ‘linguistic imperialism.’ He argues that English, in those Third World countries where it is a dominant language, contributes to widen even further the gap between the poor and the West (Phillipson 11, 47). For David Crystal (23-24), Phillipson’s arguments are "hopelessly inadequate as an explanation of linguistic realities” today.

When elaborating on the term “linguistic imperialism” one cannot ignore the novel Robinson Crusoe by Daniel Defoe since ‘literature in English’ in the nineteenth century is of interest not only when studying the spread of English across the world but also its consequences (Dahl, lesson 5). The Mariner from the City of York, running away from captivity, is the story-telling persona of the depiction that covers both linguistic, cultural and geographical imperialism. Novels of this kind contributed to form Western opinions of what Africans were like during the English Imperium (McArthur 19). By changing his name in accordance with the Crown's language, Crusoe, second-generation Breman was now ready, by means of imperialistic descriptions, to argue for the rightness of the European over the foreigner on Barbarian Coast "where whole Nations of Negroes were sure to surround [him]s with their Canoes, and destroy [him]; where [he] could ne’er once go on shoar but [he] should be devour’d by savage Beasts, or more merciless Savages of humane kind" (Defoe, kindle locations 438, 799-801; emphasis added).


That was proper to make him useful ::

One of these savages becomes Crusoe’s student. Crusoe firmly beliefs that his European knowledge should be injected to this African beast in form of education: "I was greatly delighted with him, and made it my Business to teach him every Thing, that was proper to make him useful, handy, and helpful; but especially to make him speak, and understand me when I spake [...]" (Defoe, kindle locations 4108-4112; emphasis added). When showing who was superior on a boat the male narrator-focalizer informs us that “making as if I stoopt for something behind him, I took him by Surprize with my Arm under his Twist, and tost him clear over-board into the Sea” (Defoe, kindle locations 781-782).


A civilized being in accordance with the English model ::

This education included not only language learning but it was also an effort to impose an assimilationist model on his student. Crusoe purports that ‘his’ African savage lost his cultural roots and hence became a civilized being in accordance with the English model. On this respect, Nziramasanga, who wrote a thoroughly report on education in Zimbabwe, stated that "the colonial master may have left the country ... but continues to dominate [us] through the English language" (167).


English is "both replacing ... and displacing" other languages ::

Some linguists argue that this colonialist thinking still can be recognized in the writings, policies and behaviors of English speakers today. For Phillipson, English is "both replacing ... and displacing" other languages in both core –the Outer circle– and periphery countries –the Expanding circle– (Kachru 179). This "[d]isplacement occurs when English takes over in specific domains," such as education or government, or even "in computers or entertainment" (Phillipson 27-28).


It was characteristically colonial ::

For instance, sketching an example from Southern Africa, one can point out that before Zimbabwe’s independence, the indigenous languages Shona and Ndebele were regarded as inferior to English and were not media of instructions in schools although they were taught as subjects; after 1987, in theory, Shona and Ndebele could be used as medium of instruction but only up to Grade 3. English remained the sole official language of learning and teaching in Zimbabwe from Grade 4 to post-secondary education. However, in many cases English was the medium in education at all levels (Education Act 19; Nziramasanga 157-158, 161). After a thoroughly report on education, these indigenous languages were promoted into languages of learning and teaching, in 2013, used alongside English. This change occurred because Zimbabwe’s Education Act of 1987 was characteristically colonial. It promoted “English at the expense of developing indigenous languages” (Nziramasanga 161).


English is only instrumental in enabling communication with others ::

Related to this cultural awareness, German Linguist and Translation Scholar Juliane House posits that using English as a lingua franca (ELF) “can be regarded as a language for communication, that is, a useful instrument for making oneself understood in international encounters” (559). She continues proposing that English is only “instrumental in enabling communication with others who do not speak one's own L1” (559). Furthermore, she argues that when people today in the Outer- and Expanding circle use English, they utilize it as an auxiliary language only and it “does not necessarily displace national or local languages, as they are used for different purposes” (560). House points out that “arguments such as the ones brought forward by Phillipson and others may be seen as [patronizing] since they imply that [English users] do not know what is in their interest” (550). A solid argument Juliane House brings forward in support of her claim that ELF does not play an imperialist role any longer, is that “the very spread of ELF may stimulate members of minority languages to insist on their own local language for emotional binding to their own culture, history and tradition,” which can be linked to the issue of indigenous languages in today’s Zimbabwe.


English is a compulsory subject in Norway ::

In further support of House's argument, one can draw the Scandinavian education system as an example (Haque 175-198), specifically Norway where English is a compulsory subject beginning in Grade 2 up to higher education. The Norwegian language policies encourage maintaining the diversity of codes among its citizens. Olaf Husby, faculty member of the Department of Language and Communication Studies of the Norwegian University of Science and Technology (NTNU), points out that dialects are utilized extensively in all the Norwegian public fields such as at schools, on the radio, on the television and even in the parliament (9).

At the national level, the Norwegian language is recognized in two distinct varieties, ‘Bokmål’ and ‘Nynorsk,’ the former comprising the written Danish, a standard form, while the latter represents more dialectal borrowings. “There is no spoken standard for either of the two variants of Norwegian, but as one would expect there are dialects/sociolects that are closer to one or the other written form” (Husby et. al. 2). The societal bilingualism manifested through the practices of various codes by the people in Norway allows a favorable environment for a migrant family to maintain its own languages and cultures (Haque 189-198) even when learning ESL/EFL in the Norwegian classroom.


One gains knowledge and personal insight when learning English ::

English will not replace nor displace students’ L1(s) but it will rather perform a useful function in this multilingual society. The revised Knowledge Promotion Reform (2013), which is the main framework for the didactic work in Norwegian schools (KL06 1-6), points out clearly that the English learning will “contribute to multilingualism and can be an important part of [students’] personal development ... English as a school subject is both a tool and a way of gaining knowledge and personal insight” (2), emphasizing that ESL/EFL focuses on "seeing relationships between English, one's native language and other languages. It covers knowledge about the language, language usage and insight into one's own language learning” (3; emphasis added).

In sum then, although English still carries higher status than other official languages in different places throughout the world, when teaching ESL/EFL it is paramount one differentiates between a language for communication and a language for identification, which are NOT in competition, but supplement each other. In other words, "it is local languages, and particularly an individual's L1(s), which are likely to be the main determinants of identity" and English users globally are not “'pawns' in an imperialistic game, where formerly militaristic and colonial inroads are now linguistically replayed” (House 559-560; 574-575).


Linguistic imperialism? A look at the pros and cons of the spread of English as a global language and its impact on cultures and diversity. Riz Khan - Al Jazeera English. 2010 ::