Pedagogy — «How to Remember English Vocabulary: Homework with a Third Grader» — (Videos) 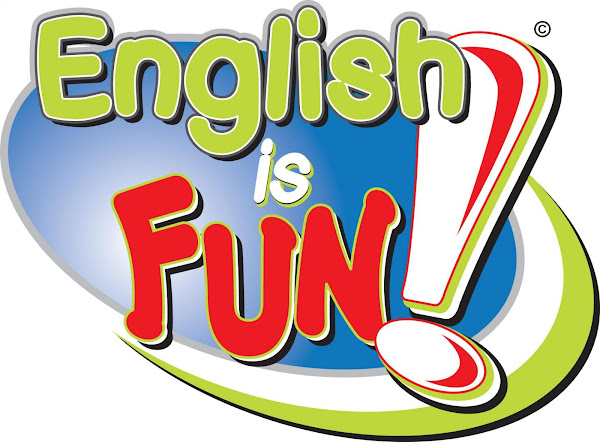 It’s hard to retain new words through memorization alone. The best way to hammer a word into your mind is to use it: English in context. When you use a word, it becomes a living thing in your mind that you’ve learned and made your own, rather than a dead, memorized ”object “in your brain.

Theater is particularly useful in a language classroom for a variety of reasons. As many studies suggest, the greater the authenticity of the texts used in the classroom, the higher the learner’s competency (Omaggio, 2001; Lacorte & Canabal, 2002). In fact, using unedited, truly authentic texts tends to increase competency and reduce anxieties in real-world communicative contexts (Auger & Valdman, 1999; Genesee, 1987). By reading plays and subsequently acting them out, students are indirectly exposed to different registers, exemplifying differences between both classroom and non-classroom discourse and dialects. More importantly, students realize that languages are part of heterogeneous, plural communities, vital in the globalized 21st century.

Repetition: Simply repeating an item seems to have little long-term effect unless some attempt is made to organize the material at the same time. But one kind of repetition that is important is repetition of encounters with a word. It has been estimated that, when reading, words stand a good chance of being remembered if they have been met at least seven times over spaced intervals.

Retrieval: Another kind of repetition that is crucial is what is called the retrieval practice effect. This means, simply, that the act of retrieving a word from memory makes it more likely that the learner will be able to recall it again later. Activities which require retrieval, such as using the new word in written sentences, 'oil the path' for future recall.

Context: Putting words to use, preferably in some interesting way, is the best way of ensuring they are added to long-term memory. It is the principle popularly known as Use it or lose it.

Conventional teaching methods underestimate the learner's capacity to retain new vocabulary. Some teachers believe that children cannot learn new vocabulary if the new words students are supposed to learn are surrounded by other words and therefore give them isolated words.

Traditionally, translation has been the most widely used means of presenting the meaning of a word in monolingual classes. Translation has the advantage of being the most direct route to a word's meaning - assuming that there is a close match between the target word and its LI equivalent. It is therefore very economical, and especially suitable for dealing with incidental vocabulary that may crop up in a lesson. As an English teacher I am not much in favor of presenting the meaning of a word by means of translation. An over-reliance on translation may mean that learners fail to develop an independent L2 lexicon, with the effect that they always access L2 words by means of their LI equivalents, rather than directly. Also, because learners don't have to work very hard to access the meaning, it may mean that the word is less memorable. A case of 'no pain, no gain'.

Real things: An alternative to translation - and an obvious choice if presenting a set of concrete objects such as clothes items - is to somehow illustrate or demonstrate them. This can be done either by using real objects (called realia) or pictures or mime. The use of realia, pictures and demonstration was a defining technique of the Direct Method. The Direct Method, in rejecting the use of translation, developed as a reaction to such highly intellectual approaches to language learning as Grammar-Translation.

Actions / gesture: Such an approach is especially appropriate if teaching beginners, and with mixed nationality classes, where translation is not an option. It is also a technique that has been reclaimed by practitioners of Teaching Proficiency through Reading and Storytelling (TPRS), a method that promotes initial immersion in a high quantity of comprehensible input. In making use of the immediate environment of the classroom, and of things that can be brought into the classroom, the intention is to replicate the experience of learning one's mother tongue. A TPRS lesson typically involves the teacher demonstrating actions, using real objects, and then getting the learners to perform the same or similar actions in response to commands. Typical classroom commands might be:

Authentic texts, such as plays, or authentic situations —learning new words in context— should become increasingly important components of L2 classrooms, where language is viewed as a whole, not as bits of noncommunicative chunks (Goodman, 1986).

to look after - passer på - cuidar


Original Instruction: You can learn at least five of them.

Back chaining, a cool trick for memorizing sentences. Actually, it's not memorizing but learning backwards. Instead of starting from the beginning of the sentence, start by repeating a piece at the end. These examples below are only examples that could be improved. You could also use videclips to illustrate what you're teaching.

1) She looks after her planet. (Ella cuida su planeta.)

4) Do you see those wheat fields over there? (¿Alcanzas a ver esos campos de trigo que están allá?)

5) Because of you I know a lot of new things. (Por ti sé un montón de nuevas cosas.)

1) She looks after her planet.

... looks after her planet.

She looks after her planet.


4) Do you see those wheat fields over there?

... wheat fields over there?

... those wheat fields over there?

... see those wheat fields over there?

... you see those wheat fields over there?

Do you see those wheat fields over there?

Because of you I know a lot of new things.

My pet is called Oliver.