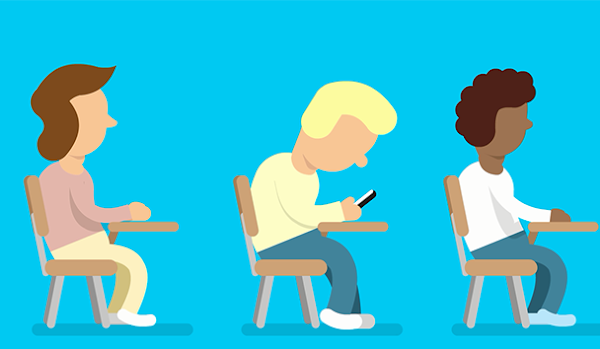 
:: RT: Intrinsic motivation ▶ https://goo.gl/IcpD3E ◀ Ed Deci, renowned psychologist, the co-founder of Self-Determination theory, is one of the most quoted of all contemporary psychologists ↠ #EvolutionaryPsychology #IntelectualAutonomy #PsychicTriggers #HumanBehavior #Emotions

«In psychoanalytic theory this motivational force is generally referred to as independent ego energy. The term refers to the fact that the energy of the ego, which is the portion of the personality structure responsible for volitional responding, rational processes, exploration, and play, had originally been hypothesized to be derivative from, rather than independent of, the basic drives of the id. Although many psychoanalytic theories (e.g., Rapaport, 1960) continue to hold the derivative view, some psychoanalytic theorists ascribe to the ego its own, innate energy source and view much of the development of the ego in terms of the unfolding of inherent potentials rather than merely the outcome of conflicts between the id and the social environment (e.g., Shapiro, 1981; White, 1963; Wolstein, 1982).» (Deci and Ryan 1985, pag. 5)

Renowned Psychologist on How to Generate Intrinsic Motivation - Ed Deci, 2015 ::

INTRINSIC MOTIVATION CONCEPTUALIZED
"Intrinsic motivation is based in the innate, organismic needs for competence and self-determination. It energizes a wide variety of behaviors and psychological processes for which the primary rewards are the experiences of effectance and autonomy. Intrinsic needs differ from primary drives in that they are not based in tissue deficits and they do not operate cyclically, that is, breaking into awareness, pushing to be satisfied, and then when satisfied, receding into quiescence. Like drives, however, intrinsic needs are innate to the human organism and function as an important energizer of behavior. Furthermore, intrinsic motivation may interact with drives in the sense of either amplifying or attenuating drives and of affecting the way in which people satisfy their drives."

"The intrinsic needs for competence and self-determination motivate an ongoing process of seeking and attempting to conquer optimal challenges. When people are free from the intrusion of drives and emotions, they seek situations that interest them and require the use of their creativity and resourcefulness. They seek challenges that are suited to their competencies, that are neither too easy nor too difficult. When they find optimal challenges, people work to conquer them, and they do so persistently. In short, the needs for competence and self-determination keep people involved in ongoing cycles of seeking and conquering optimal challenges."

"A challenge' is something that requires stretching one's abilities, trying something new. One way to conceptualize challenge is in terms of an incongruity between one's internal structures and aspects of the external world. Thus, to seek an optimal challenge is to seek an optimal incongruity. People seek incongruities in order to reduce them and to incorporate the discrepant elements into their existing structures. Intrinsically motivated behavior, behavior motivated by the needs for competence and self-determination, therefore can be seen to involve an ongoing process of seeking and reducing optimal incongruities."

"Emotions are integrally related to intrinsic motivation. The emotion of interest plays an important directive role in intrinsically motivated behavior in that people naturally approach activities that interest them. Interest is, to a large extent, a function of optimal challenge, though there are other factors that also influence people's developing interests. The emotions of enjoyment and excitement accompanying the experiences of competence and autonomy represent the rewards for intrinsically motivated behavior. These rewards are not properly called reinforcements, of course, because they neither reduce a tissue deficit (Hull, 1943) nor are operationally separate from the activity itself (Skinner, 1953)."

"When people are intrinsically motivated, they experience interest and enjoyment, they feel competent and self-determining, they perceive the locus of causality for their behavior to be internal, and in some instances they experience flow. The antithesis of interest and flow is pressure and tension. Insofar as people are pressuring themselves, feeling anxious, and working with great urgency, we can be sure that there is at least some extrinsic motivation involved. Their self-esteem may be on the line, they may have deadlines, or some material reward may be involved." (Deci and Ryan 1985, pags. 32-34)

Cognitive Evaluation Theory
"Intrinsic motivation is the innate, natural propensity to engage one's interests and exercise one's capacities, and in so doing, to seek and conquer optimal challenges. Such motivation emerges spontaneously from internal tendencies and can motivate behavior even without the aid of extrinsic rewards or environmental controls. Intrinsic motivation is also an important motivator of the learning, adaptation, and growth in competencies that characterize human development. One would think from this description that intrinsic motivation is a ubiquitous phenomenon, and yet the examination of many settings suggests just the opposite. In factories and classrooms, offices and kitchens, one finds evidence of boredom, alienation, and inactivity. There appears to be a strong indication that people are prone to disinterest and stagnation." (Deci and Ryan 1985, pag. 43)

INTERPERSONAL CONTEXTS
"The traditional language of empirical psychology suggests, and indeed research has shown, that environments play an important role in the determination of behavior. However, when one considers what constitutes an environment, one realizes that the most salient aspects are rarely concrete events such as rewards or feedback, but are usually the other people who are dispensing the rewards and feedback. For example, when you feel controlled at work, you are not likely to experience yourself as controlled by the reward structure itself, but rather by your employer through the reward structure. Similarly, if you were to receive positive feedback for your performance, the meaning of that feedback would be grounded in the interpersonal context of that communication as much as in the words per se. As Watzlawick, Beavin, and Jackson (1967) put it, the analog aspect or metamessage of a communication often carries as much or more weight as the digital aspect or literal content. Similarly, we suggest that the interpersonal context within which an event such as a reward or·feedback is administered will meaningfully influence the impact of that event; in other words, the interpersonal context gives the event its metamessage." (Deci and Ryan 1985, pag. 88)