A+ A-
Print Email
Phonetics is the study of how human beings produce and perceive speech sounds. Phonetics has always had applications. Traditionally it has been important for language teaching, and for speech and language therapy. Nowadays it contributes to speech technology, and increasingly to forensic science (in cases, for instance, where speaker identification is at issue). --British Association of Academic Phoneticians. 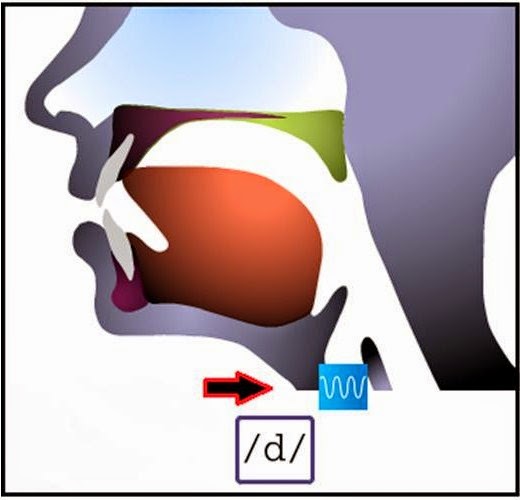 Stops or plosives are consonants formed by completely stopping the flow of air somewhere in the vocal apparatus, and then releasing the air. Since the sudden release of the pent-up air creates a small explosive sound, stops are also called plosives. Stops may be voiced (vocal cords vibrating during the articulation of the stop) or voiceless (vocal cords not vibrating during the articulation of the stop). Here is a list of the stops in Present-Day English.


2. /b/ (the phoneme spelled b in bat): voiced bilabial stop/plosive.