Addiction — RUA2S? Are you addicted to study?

A+ A-
Print Email
Eager (enthusiastic desire or interest), zealous (ardent; fervent), diligent (careful and persevering in carrying out tasks), and addicted to study

The English language has travelled so far through History and served as the prime medium of communication for so many cultures. 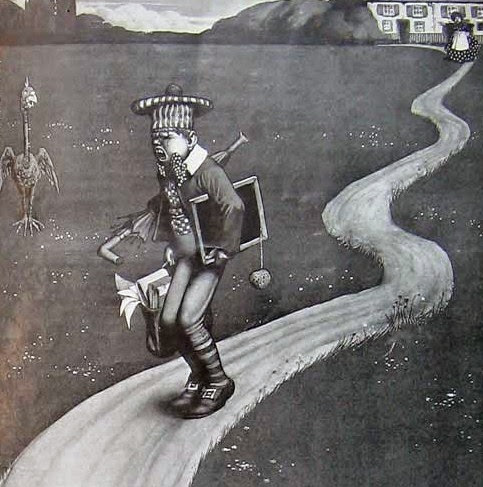 Are you addicted to study - Photo: old-print.com

Today I would like to comment on a blog-post published by Katherine Patricia Mary Barber, also known just as Katherine Barber (1959) and often referred to as Canada's word lady.

This is how I evaluated the credibility of my sources: 1) where does the author work?, 2) if the author is affiliated with a reputable institution or organization, what are its values and goals?, 3) what is her educational background?, 4) what other works has the author published?, 5) what experience does the author have?, 6) has this author been cited as a source by other scholars or experts in the field?

In general, Katherine Barber provides some really interesting points of how and why English is such a strange and wonderful language.

I came across her blog by searching online which blog had won the Love English Awards in 2013, and I found the nominees. It read: "Vote for your favourite blog about the English language".

The English language has been so absorbent, soaking up words and phrases from every language it has touched. The main points Katherine Barber covers in her post have to do with "school and university terms", specifically about the terms "pupil" and "student".

Katherine Barber informs her readers that both "pupil" in school and the one of the eye originated from the same Latin word, before they took completely diverging directions. "Pupillus" was the original Latin word when it was incorporated into the English language and it meant "an orphan child".

I learned from her post that the word "student", was defined in its first sense in the Oxford English Dictionary as "A person who is engaged in or addicted to study".

By the time the English language was first written down, around 700 a. C., it already had lots of borrowed words from Norse, Latin, and Celtic. Now, 13 centuries later, half its vocabulary comes from French and the other half comes from Arabic, German, Greek, Hindi, Italian, Scottish, Spanish, and other languages I do not recall right now.

When I was a child, my first teacher advised his "pupils", to behave us as "students" and not as "alumnos" (Spanish word for "pupils". And then he went on to explain us that the word "alumno" meant "a person without light".

If he were alive now I would refute his theory. There is a popular urban legend in Spanish speaking countries, desguised as "etymology", which is absurd, saying that "alumno" ["alumnus"], is a compound word: the negative "a" (from Greek, not from Latin) and "lumen", meaning "light"; and that the Spanish ending "-no" ["alumNO"] makes it obvious that it means "without". Thus, "alumno" ["pupil"] would mean "he/she who has no light", or "he/she who is not illuminated".

We know that in Latin they did not compound words mixing Greek and Latin stems. Therefore, it does not make sense. We have to notice as well that the Latin word ends in -nus, which has nothing to do with the Latin negative non.

As Katherine Barber points out, "alumnus", originally meant "foster child, nourished one", literally who had recieved breast milk. Here it is an example in the Epistles (or Letters) of Horace, Roman lyric poet during the time of Augustus, I.4, 8:


What more would a nurse desire for her sweet darling? (" [...] her sweet child ", my translation)


From that time on, "alumnus" must have also become "pupil", meaning "disciple". People probably understood that it meant "to provide someone with intelectual feeding". Marcus Tullius Cicero, the Roman philosopher, politician, orator, uses the term in his work "De finibus bonorum et malorum" ("On the ends of good and evil"), this way:

What say Aristotle and the others pupils of Plato? That they call all things in accordance with nature good and all things contrary to nature bad. Book IV, 72, p. 379

We learn from Katherine's post that "in Shakespeare's time, the word ["pupill", added by me] was being used to mean a university student; by the 19th century it came to be restricted to schoolchildren".

We find the word "pupil" ["pupill"] in Shakespeare's sonnet XVI

[...] So ſhould the lines of life that life repaire
Which this (Times penſel or my pupill pen )
Neither in inward worth nor outward faire
[...]

The term "student" came from the Latin verb (present active) "studeō"; (present infinitive) "studēre", but the original meaning of "studeo" /ˈstu.de.oː/ was not like our modern meaning "to study", but "to be eager, zealous, diligent", meaning "to be careful and persevering in carrying out tasks."

We can find an example of this in the series of The Gallic Wars:


Dúmnorix, incited by lust of sovereignty, was anxious for a revolution.

Dumnorix, [by his popularity and liberality, had great influence among the Sequani, and was friendly to the Helvetii, because out of that state he had married the daughter of Orgetorix; and], incited by lust of sovereignty, was anxious for a revolution, [and wished to have as many states as possible attached to him by his kindness toward them].


Out of this general meaning, since the Century I a. C. they began using the verb as we know it in our times, meaning "to study letters" ("litteris studere"), it is to say, "to be eager, zealous, attentive and persistent in learning letters", which is "to study".

Let us see an example of this usage:

Here it is a fragment of Marcus Fabius Quintilianus (b. 35 – d. 100), the Roman rhetorician from Hispania, in his "Institutio Oratoria" (Institutes of Oratory) 12:19:

"Pupil" is still used in Britain, but in Australia and in the USA, for instance, it has been ousted by "student". Once upon a time a "student" was someone in higher education, but now it can include primary and secondary education. So it is often necessary to specify "school student", "college student", "university student", "doctoral student". Finally, if you are studying at a university or other place of higher or lower education, then you are defined as addicted to study, in the pure sense of the word.

She is a Canadian lexicographer and was previously Editor-in-Chief of the Canadian Oxford Dictionary.

Katherine Barber began her dictionary work with the Bilingual Canadian Dictionary project at the University of Ottawa. She has been interviewed around the world. The Canadian Oxford Dictionary won the Canadian Booksellers Association's Libris Award for Non-Fiction Book of the Year and Specialty Book for 1999.

Katherine Barber won the Libris Award for Editor of the Year in 1999, and was the winner of the Distinguished Alumni Award for 2000 at the University of Winnipeg.

From 1984 to 1991, she was a lecturer in the School of Translation and Interpretation at the University of Ottawa.

From 1989 to 1991, she was a research associate with the Bilingual Canadian Dictionary project at the University of Ottawa.

Katherine Barber has published:
Six Words You Never Knew Had Something to Do with Pigs and Other Fascinating Facts about the Language from Canada's Word Lady (2006) Don Mills, Ontario: Oxford University Press.

Only in Canada You Say: A Treasury of Canadian Language (2007) , Don Mills, Ontario: Oxford University Press


Katherine Patricia Mary Barber can be reached at:

Podcast Katherine Barber, podcasts.tvo.org, about the English language, MP3, 29min - Six Words You Never Knew Had Something to Do with Pigs

Judyth Piazza Interviews Katherine Barber, Author of Six Words You Never Knew Had Something to Do with Pigs (English audio)