A+ A-
Print Email
Phonetics is the study of how human beings produce and perceive speech sounds. Phonetics has important links not only to linguistics but to natural sciences such as physics and anatomy. --BAAP. 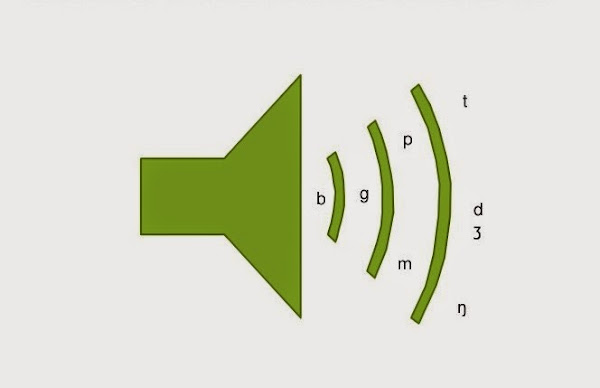 
Velars are consonants for which the flow of air is stopped or impeded by creating a block or a small aperture between the tongue and the velum ("soft palate"). Velars may be voiced (vocal cords vibrating during the articulation of the consonant) or voiceless (vocal cords not vibrating during the articulation of the consonant). Here is a list of the velars in Present-Day English.


3. /h/ (the phoneme spelled h in hot): voiceless velar fricative (in vicinity of back vowel).