A+ A-
Print Email
How many times have you used the word "awesome" today? Once? Twice? Seventeen times? Do you remember what you were describing when you used the word? No, I didn't think so, because it's come down to this, people: You're using the word incorrectly, and tonight I hope to show you how to put the "awe" back in "awesome." ---Jill Shargaa 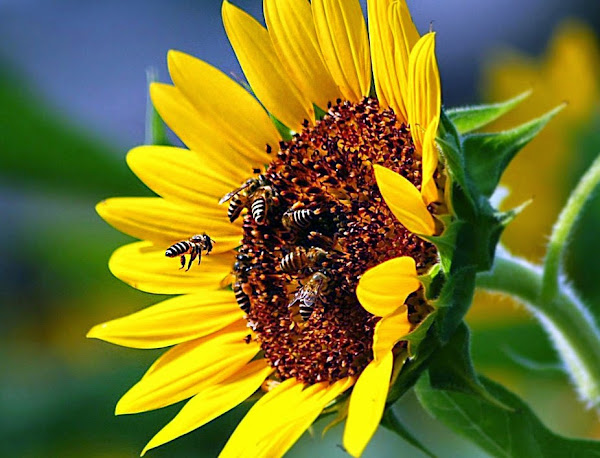 Please, please, people. Let's put the 'awe' back in 'awesome'.


English ; TED, Technology, Entertainment, Design is a global set of conferences owned by the private non-profit Sapling Foundation, under the slogan: "Ideas Worth Spreading".


Recently, I was dining at an outdoor cafe, and the server came up to our table, and asked us if we had dined there before, and I said, "Yes, yes, we have." And she said, "Awesome." And I thought, "Really? Awesome or just merely good that we decided to visit your restaurant again?"

The other day, one of my coworkers asked me if I could save that file as a PDF, and I said, "Well, of course," and he said, "Awesome." Seriously, can saving anything as a PDF be awesome? .


Sadly, the frequent overuse of the word "awesome" has now replaced words like "great" and "thank you." So Webster's dictionary defines the word "awesome" as fear mingled with admiration or reverence, a feeling produced by something majestic. Now, with that in mind, was your Quiznos sandwich awesome? How about that parking space? Was that awesome? Or that game the other day? Was that awesome? The answer is no, no and no. A sandwich can be delicious, that parking space can be nearby, and that game can be a blowout, but not everything can be awesome.


So when you use the word "awesome" to describe the most mundane of things, you're taking away the very power of the word. This author says, "Snowy days or finding money in your pants is awesome." Um, no, it is not, and we need to raise the bar["increase his expectations", my interpretation] for this poor schmuck.

So in other words, if you have everything, you value nothing. It's a lot like drinking from a firehose like this jackass right here. There's no dynamic, there's no highs or lows, if everything is awesome.


Ladies and gentlemen, here are 10 things that are truly awesome.

Imagine, : if you will, having to schlep everything on your back. Wouldn't this be easier for me if I could roll this home? Yes, so I think I'll invent the wheel. The wheel, ladies and gentlemen. Is the wheel awesome? Say it with me. Yes, the wheel is awesome!

Louis Daguerre invented photography in 1829, and earlier today, when you whipped out your smartphone and you took a shot of your awesome sandwich, and you know who you are — wasn't that easier than exposing the image to copper plates coated with iodized silver? I mean, come on. Is photography awesome? Yes, photography is awesome.

D-Day, June 6, 1944, the Allied invasion of Normandy, the largest amphibious invasion in world history. Was D-Day awesome? Yes, it was awesome.

Did you eat food today? Did you eat? Then you can thank the honeybee, that's the one, because if crops aren't pollinated, we can't grow food, and then we're all going to die. It's just like that. But it's not like a flower can just get up and have sex with another flower, although that would be awesome. Bees are awesome. Are you kidding me?

Landing on the moon! Come on! Apollo 11. Are you kidding me? Sixty-six years after the Wright Brothers took off from Kitty Hawk, North Carolina, Neil Armstrong was 240,000 miles away. That's like from here to the moon. That's one small step for a man, one giant leap for awesome! You're damn right, it was.

Woodstock, 1969: Rolling Stone Magazine said this changed the history of rock and roll. Tickets were only 24 dollars back then. You can't even buy a freaking t-shirt for that now. Jimi Hendrix's version of "The Star-Spangled Banner" was the most iconic. Was Woodstock awesome? Yes, it was awesome.

Sharks! They're at the top of the food chain. Sharks have multiple rows of teeth that grow in their jaw and they move forward like a conveyor belt. Some sharks can lose 30,000 teeth in their lifetime. Does awesome inspire fear? Oh, hell yeah, sharks are awesome!

The Internet was born in 1982 and it instantly took over global communication, and later tonight, when all these PowerPoints are uplifted to the Internet so that a guy in Siberia can get drunk and watch this crap, the Internet is awesome.

And finally, finally some of you can't wait to come up and tell me how awesome my PowerPoint was. I will save you the time. It was not awesome, but it was true, and I hope it was entertaining, and out of all the audiences I've ever had, y'all are the most recent. Thank you and good night.