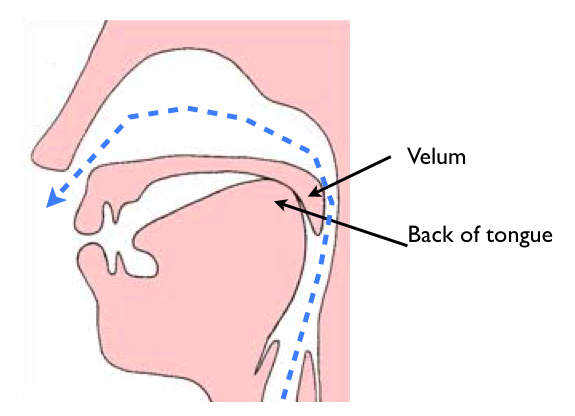 Nasals are consonants that are formed by blocking the oral passage and allowing the air to escape through the nose. Present-Day English has three nasals, all of which are voiced (vocal cords vibrating during the articulation of the nasal). (The nasals, the lateral /l/, the retroflex /r/, and the semivowels /w/ and /j/ are sometimes called the resonants.)