Essay — «Saffiyah Khan on a Collision Course with the EDL» — [PDF] 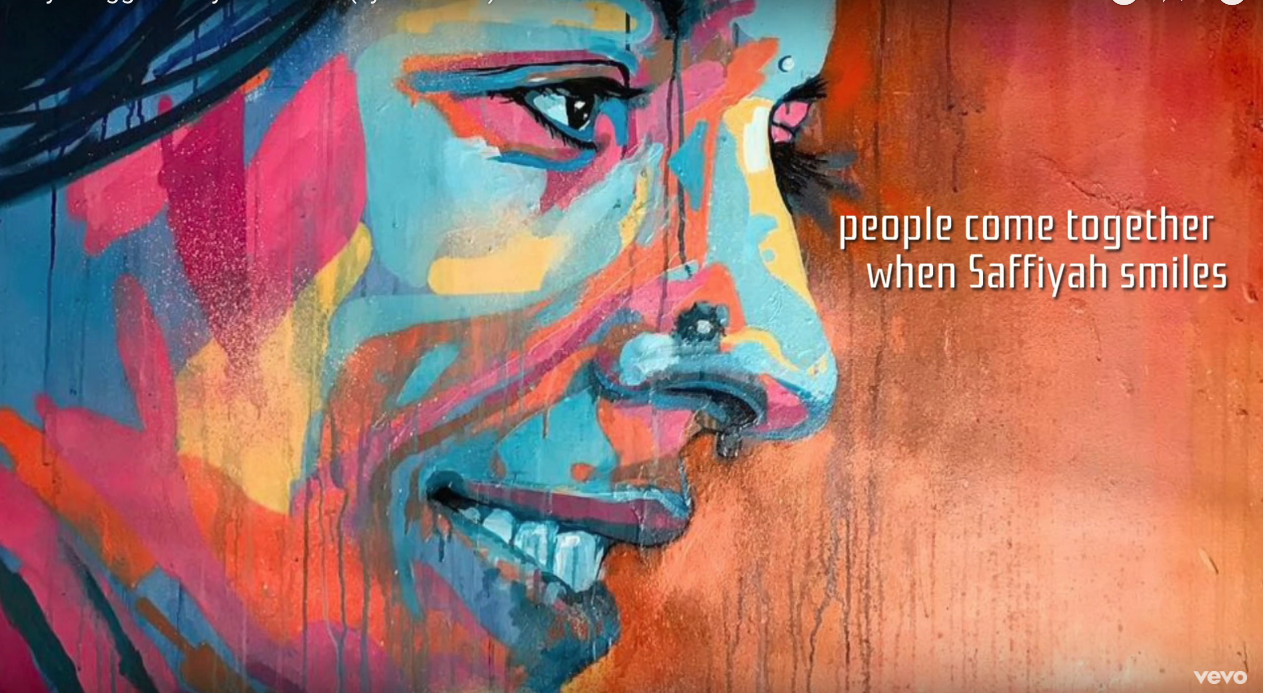 What does it take to put oneself on a collision course in order to provoke change? What motivates someone to take risks? What might be the consequences?


Saffiyah Khan is a committed liberal who, in speaking up for justice, put herself on a collision course with the prevailing conservative society in the UK.

Saffiyah Khan on a collision course with the EDL; A 5 Paragraph Essay, Benjamin Madeira, PDF ::

regardless of the public opinion on the issue.

, it takes an individual to influence the perception

of the public on contentious

Saffiyah Khan attracted the attention of the people in Birmingham when she stood to defend a Muslim woman against the English Defense League protestors.

The Islamophobia in the United Kingdom has become a significant

, the people are unwilling to present their perspective on the issue publicly. Saffiyah Khan comes out openly to defend a woman who stated that the EDL protestors were racists. To worsen

the problem the woman was a Muslim wearing hijab, which escalated

the issue further because the protests were against Islam. Khan noticed that no one was willing to stand by the young woman. Therefore, she had to be the protector. Despite the risks that could accrue

from Khan's actions, she decided to show her solidarity with the woman. Notably

, the decision by Khan led to mixed reactions amongst the people in the United Kingdom.

, the public has not come out openly to castigate

the actions of the English Defense League in discriminating against the Muslims. The efforts by Khan made public the predicaments

faced by the Muslim women wearing hijabs in the United Kingdom on a daily basis.

This essay puts forward claims of 1) what it takes to put oneself on a collision course, 2) the motivation behind an individual's decision and 3) the results of the conflicts.

of whether they are right or wrong. Hence

, the woman and Khan had the right to express themselves. (Positive case) The woman in a hijab was in the group antagonizing

the protests by the EDL. She was displeased with the actions of the EDL and branded them as racist, which prompted

them to surround her (Perraudin, 2017, para.3). (Supporting evidence) Khan was expressing her right by defending what she deems as right. Therefore, it was justified for her to be on a collision course with the EDL. Furthermore, the freedom of religion is a human right, which should be respected. According to Amrani et al., (2017) the police were not responding to stop the aggression of the EDL protestors towards the woman, and Khan believed the woman was advocating for what was right. Therefore, Khan comes forward to support her (para.6). The woman in hijab sentiments should have been respected despite the fact that it was displeasing to the EDL.

Khan positioned herself on a collision course with the EDL because she decided to stand by what is right. (Positive Case) Furthermore, she was motivated by the aim of protecting the helpless Muslim woman who was courageous enough to express her disappointment against the protestors. Moreover, there was no one to stand for the woman despite the police presence during the protests. Hence, Khan took the bold step in influencing the people against the EDL protestors. (Supporting argument) She comes out publicly to discredit the ideologies of the group, which fostered the hope of the people against the activities of the EDL (Shammas, 2017, para.2) to curb

the EDL protests before they escalate to a national disaster, there was a need for the country to address the issue in the society.

Saffiyah Khan’s action created the public debates on the rights of Muslims in the United Kingdom. (Positive Case) Moreover, the issue of discrimination based on religion is an issue that required to be addressed in the UK. The doctrine has a minimal impact on the quality of the relationship between people in society. Therefore, the people should not be segregated based on their religion. The photo of Khan defying the EDL leader was widely shared across the various social media platforms. Consequently

, she was termed as a hero for standing for what is right (Krishnan, 2017, para.1). (Supporting evidence) The issue of infringing on

the rights of people because of their religion has been ongoing in the United Kingdom. Therefore

, the action of Khan made the problem a public debate, which attracted the attention of many people. The presence of Muslims in the United Kingdom does not derail

the development of the UK. Thus

, there should be comprehensive policies that protect the rights of everyone regardless of their religious affiliation. (Supporting argument) The point of morality is not tied to race but rather, individual choices irrespective of the skin color.

, she was expressing herself for what she perceived as right despite the possible risks from her stance

. The fact that terrorism is a threat to the international security does not justify the mistreatment of the Muslims in the UK. Khan's action facilitated

the talks on the issue that significantly

affected the safety of Muslims. (Summarization) Khan’s bold move drew the attention of the people in the UK and the predicaments faced by the people affiliated to the Islamic religion was made public following the occurrence

. (Implication) Therefore, the issue of terrorism should be addressed by the relevant authority without profiling the Muslims to avoid the presence of similar predicaments. (Conclusion)

• [4] Shammas, John (2017, April 10). “Muslim protester who stood up to EDL says she refused to be intimidated by thugs.” Web. Retrieved on April 17, 2018. Accessible at https://www.thesun.co.uk/news/3300314/muslim-protester-saffiyah-khan-who-stood-up-to-edl-in-birmingham-says-she-refused-to-be-intimidated-by-thugs/