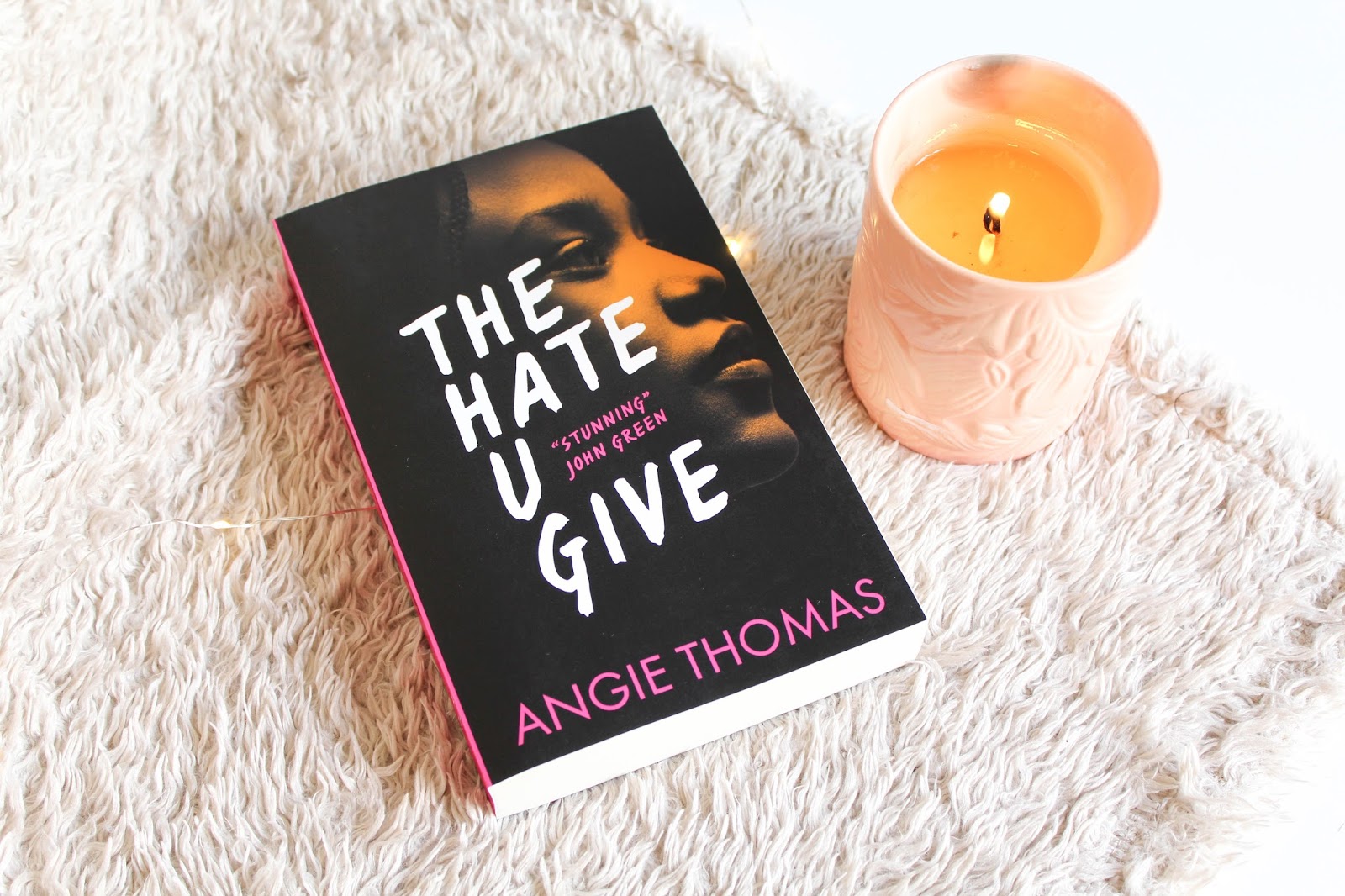 
— [https://goo.gl/jG19Si] If two or more people or things are on a collision course, there is likely to be a sudden and violent disagreement between them:_______________________My students at the Upper Secondary School are getting ready for the Mock exam!


:: RT: Collision course ▶ https://goo.gl/gvGUv8 ◀, Definition: If two or more people or things are on a collision course, there is likely to be a sudden and violent disagreement between them, they are likely to meet and crash into each other violently.

▶ The following extract is from the novel The Hate U Give (2017) by Angie Thomas ◀
In The Hate U Give, sixteen year-old Starr is drawn between two worlds – the poor neighborhood she comes from and where she still lives, and the posh, suburban high school she goes to. These two worlds are already on collision course in Starr’s life, before she and her best friend, Khalil, a wannabe gangster, escape from a party in Khalil’s car after a shooting incident. Soon, a police car pulls them over.
When I was twelve, my parents had two talks with me.

One was the usual birds and bees. Well, I didn’t really get the usual version. My mom, Lisa, is a registered nurse, and she told me what went where, and what didn’t need to go here, there, or any damn where till I’m grown. Back then, I doubted anything was going anywhere anyway. While all the other girls sprouted breasts between sixth and seventh grade, my chest was as flat as my back.

The other talk was about what to do if a cop stopped me.

Momma fussed and told daddy I was too young for that. He argued that I wasn’t too young to get arrested or shot.

“Starr-Starr, you do whatever they tell you to do,” he said. “Keep your hands visible. Don’t make any sudden moves. Only speak when they speak to you.”

I knew it must’ve been serious. Daddy has the biggest mouth of anybody I know, and if he said to be quiet, I needed to be quiet.

I hope somebody had the talk with Khalil.

He cusses under his breath, turns Tupac down, and maneuvers the Impala to the side of the street. We’re on carnation where most of the houses are abandoned and half the streetlights are busted. Nobody around but us and the cop.

Khalil turns the ignition off. “Wonder what this fool wants.”

The officer parks and puts his brights on. I blink to keep from being blinded.

I remember something else Daddy said. If you’re with somebody, you better hope they don’t have anything on them, or both of y’all going down.

He watches the cop in his side mirror. “Nah.”

The officer approaches the driver’s door and taps the window. Khalil cranks the handle to roll it down. As if we aren’t blinded enough, the officer beams his flashlight in our faces.

“License, registration and proof of insurance.”

Khalil breaks a rule – he doesn’t do what the cop wants. “What you pull us over for?”

Khalil groans and takes his wallet out. The officer follows his movements with the flashlight.

My heart pounds loudly, but daddy’s instructions echo in my head: Get a good look at the cop’s face. If you can remember his badge number, that’s even better.

With the flashlight following Khalil’s hands, I make out the numbers on the badge – one-fifteen. He's white, midthirties to early forties, has a brown buzz cut and thin scar over his lip.

Khalil hands the officer his papers and license.

One-fifteen looks over them. “Where are you two coming from tonight?”

“Nunya,” Khalil says, meaning none of your business. “What you pull me over for?”

“So are you gon’ give me a ticket or what?” Khalil asks.

“You know what? Get out of the car, smart guy.”

Khalil gets out with his hands up. One-fifteen yanks him by his arm and pins him against the back door.

“Hands on the dashboard!” the officer barks at me. “Don’t move!”

I do what he tells me, but my hands are shaking too much to be still.

He pats Khalil down. “Okay, smart mouth, let’s see what we find on you today.”

One-fifteen pats him down two or three more times. He turns up empty.

I can’t even nod.

The officer walks back to his patrol car.

My parents haven’t raised me to fear the police, just to be smart around them. They told me it’s not smart to move while a cop has his back to you.

Khalil does. He opens the driver’s door.