History of the English Language — «The Etruscans - Were They Celts?» — [PDF/Video] 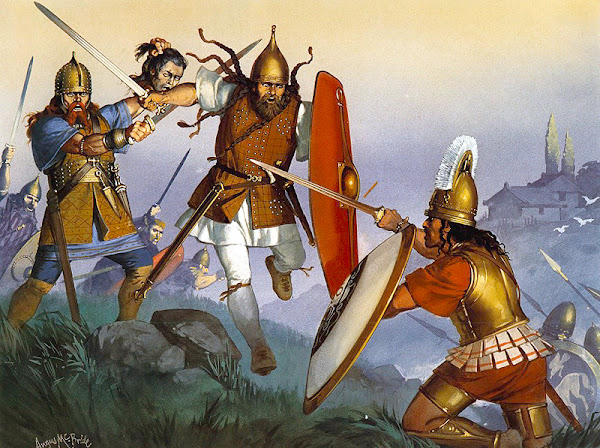 
— [http://goo.gl/JQwjAC] The Etruscans - Were They Celts?_______________________Or, THE LIGHT OF AN INDUCTIVE PHILOLOGY THROWN ON FORTY ETRUSCAN FOSSIL-WORDS PRESERVED TO US BY ANCIENT AUTHORS; WITH INCIDENTAL NOTICES OF THE ETYMOLOGY OF 3000 WORDS IN THE CLASSICAL AND MODERN LANGUAGES, AND DISCUSSIONS ON GREEK AND ROMAN ANTIQUITIES AND MYTHOLOGY.


:: RT: The Etruscans - Were They Celts? ▶ http://goo.gl/CHKCYT ◀ The Etruscans are the unsolved problem of ancient ethnography. Who were they? What language did they speak? From what country did they come? How and when did they enter Italy? Were they the first inhabitants, or only emigrant conquerors? Scattered throughout the writings of the Greek and Latin lexicographers, antiquaries, and historians, there are certain Etruscan words, about forty in number, which have led the author to ask, Were the Etruscans Celts? These words are more valuable than the words of the Etruscan inscriptions, for not only do the writers declare them to be Etruscan, but they add to each its equivalent in Latin or Greek. ↠ #Linguistics #Etruria #History #Etruscans #ClassicalHistory #ClassicalCivilization


"The Etruscans - Were They Celts?," by John Fraser.

The Etruscans: LOST ANCIENT CIVILIZATION. Ancient history is the aggregate of past events from the beginning of recorded human history and extending as far as the Early Middle Ages or the Postclassical.