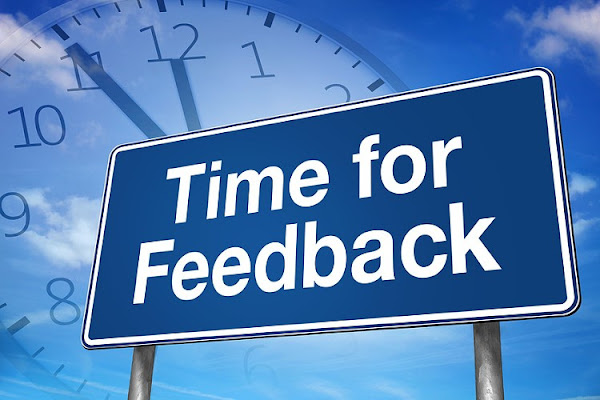 Formative assessments help students rewrite their papers. A teacher responds to student work in progress, either orally or in writing. The student uses that response to create another, stronger version of the same paper, to try a new technique to see what happens, or as one more piece of feedback that he or she may accept or reject.

A ninth-grade student in the ESL classroom ::

This paper focuses on how to use video feedback as a way of giving feed forward response on a text to ninth-grade students in the ESL classroom at lower secondary school in Norway.

In presenting a feedback or a response to the text that the student handed in on the topic of ‘war,’ it is essential to note that the student is studying English as a second language. Therefore, the kind of response that his teacher will give to the student will take into consideration the level of his language development.
When revising my student’s first five-paragraph essay on “war,” I recorded a descriptive feedback video given to him to emphasize strengths, identify challenges and point to the next steps to help him move his work forward (Take Credit, 2015, Ulriksen et al., Lessons 11).


Focused on the aspects the student has done well in his paper ::

When recording my video, I focused first on crafting, this is, the aspects my student had done well in his paper, and then on the editing aspect, meaning, the fixing of possible mistakes. By focusing on his work been well structured and having a very promising content (Gallagher, 154-155) my student will experience “the positive effect that spending time on revising and rewriting has on [his] own writing” (Take Credit, 2015, Ulriksen et al., Lessons 11).

Overall, the student did present a text that is very promising. Starting from the structure, language and content it is noted that the first draft has credible information that can be used in the further developing of the final draft.

In the structure aspect, the paragraphing follows the expected format that students are taught in class, in this case, the presence of an introduction, the body whereby the student has begun to develop his claims, and lastly the summary or the conclusion as discussed by Drew and Bingham (43).


Modeled strategies through the feedback ::

In my video, I highlighted success and indicated two instances where improvement could take place. I provided strategies for improving work. Comments like “State your thesis statement more clearly” are useless – “if I knew how to state it more clearly, I would have done so.” Therefore, I modeled strategies through my feedback for improvement.

My feedback is centered on self-alteration and self-evaluation level in order for my student to become more involved in his task (Budimlic, 18-21). My student is encouraged to finish the essay by expanding the current information. He can do this by making sure that the number of sentences in each paragraph are a minimum of four and a maximum of six. I commented that the various reasons and examples he provided to support his claims were effective when presenting a claim. He should also provide in-text references in each paragraph that contains supporting details, evidence and examples (Burke and Pieterick, 44).


Move the text forward by modeling a thesis statement ::

In my video feedback I also helped my student move his text forward by modeling a thesis statement based on his arguments he had written already in the body of his first paragraph essay. He then should develop further his thesis statement in the introduction.


Useful feedback can be time consuming ::

Teachers know that giving useful feedback can be time consuming and has limited value if students don't read or act on it. In a society that is changing, it is crucial that students in the ESL classroom are positive towards spending time on revising and editing their texts. Various studies confirm the fact that “students prefer receiving feedback in the format of sound or video instead of exclusively in written form” (Mathisen, 100). The advantages of giving video feedback to students is that screen capture, for instance, “gives a much clearer impression of what is being commented upon and assessed” (Mathisen, 105). In addition, there are more chances that the students watch a video rather than reading a three-sheet feedback.


A video response instead of a dull paper ::

This video correlates to the requirements of the English subject curriculum (LK06 2006); use digital tools to find information and to prepare texts. By providing the students with a video response instead of a dull paper, teachers are demonstrating to all their students that they can see them (Hattie, 23). An attractive video feedback is therefore aimed to provide my students with that motivation they sometimes lack.

One of the cons of giving a video feedback is that there is no student-teacher interaction in real-time. In-classroom feedback allows for a dialogue to take place, this is what Kelly Gallagher (144) refers to as conferencing (Take Credit, 2015, Ulriksen et al., Lesson 12) Therefore, the student might just avoid the video attached or delete it ‘by accident’ because he doesn’t want to hear his teacher once again, even outside the classroom. For this reason, I made my feedback accessible to the learner and tried to make it attractive for him - I provided readable written comments when commenting orally.