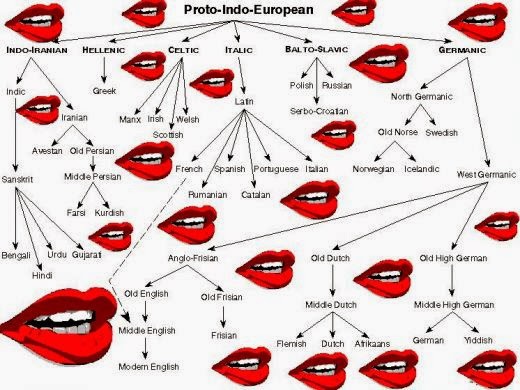 The History of the English Language - Photo: © Wikimedia Commons / illustration


:: RT: Indo-European Vocabulary ▶ http://goo.gl/cDNrkm ◀ The Indo-European language family comprises several hundred languages and dialects, including most of those spoken in Europe, and south, south-west and central Asia. Spoken by an estimated 3 billion people, it has the largest number of native speakers in the world today. | #English #Language #EnglishHistory #OldEnglish #Podcast #History #IndoEuropean #Vocabulary