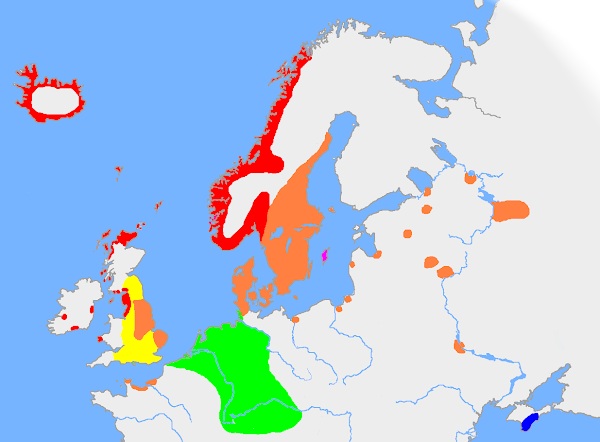 
— [http://goo.gl/Ja5S2i] This study investigates the pronunciation of English among Norwegian adolescents._______________________by applying sociolinguistic methods in a second language contex.


:: RT: A ‘neutral’ variety of English? ▶ http://goo.gl/Ja5S2i ◀ Native accents are associated with values and attributes that learners of English might not wish to convey ↠ #English #Education #WorldEnglishes #UniversityStudies #StudyNotes

In Norway, English has traditionally been taught as a foreign language, but increased intranational exposure and transnational travel and communication have led to improved language proficiency and confidence, and the development away from a function of ‘foreign language’ in the curriculum (KD 2006).

Although English retains its separate identity as a discipline in school, the English language is increasingly becoming part of speakers’ linguistic repertoire.

However, Norwegians do not qualify as speakers of English as a second language (ESL) under traditional descriptions (e.g. Graddol 2006). They are neither speakers of new Englishes in postcolonial countries nor immigrants to a native-English-speaking country, and English does not have official language status in Norway.

Furthermore, the English language teaching (ELT) situation in Norwegian schools does not reflect the description of ELF interactions, since English is not used as a lingua franca among Norwegians. Although learners of English most likely will need English to communicate with speakers of other first languages, this is normally not the case when speaking English in school, where Norwegian language competence is a requirement. The participants in the present study are recorded in peer interactions in which they would speak Norwegian if not prompted to use English by the teacher, or in this case the fieldworker. The status of English in Norway is no longer that of EFL, but not quite ESL or ELF either, and seems thus to be caught between English language paradigms.

The transitional status of English in Norway reflects the negotiation between global development and local appropriation which characterises English in the world today, and this calls for investigations into the language variation of Norwegian speakers of English.